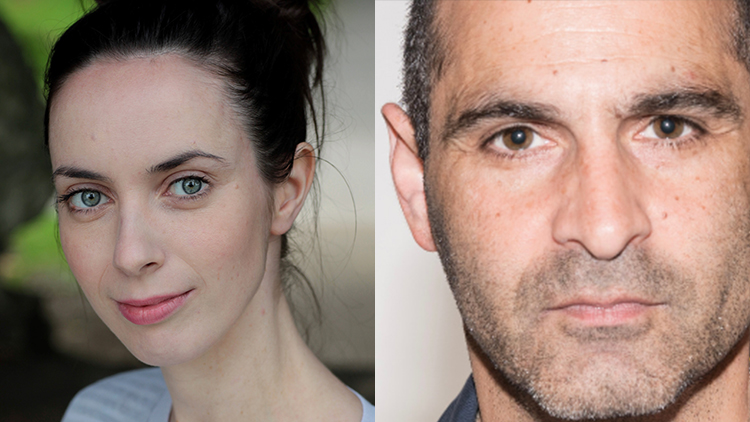 Hampstead Theatre is delighted to announce the cast for Tennessee Williams’, The Two Character Play, directed by Sam Yates, from 17 July until 28 August. Yates is making a highly anticipated return to the theatre following his Olivier-nominated production of The Phlebotomist (2019).

Kate O’Flynn and Zubin Varla will perform in this innovative, psychological thriller by one of the world’s great dramatists, which received its world premiere at the theatre in 1967.

Kate O’Flynn will play the role of Clare. O’Flynn was nominated for an Olivier Award (Best Actress in a Supporting Role) in 2017 for her performance in John Tiffany’s critically acclaimed production of Tennessee Williams’ The Glass Menagerie (Duke of York's/Edinburgh International Festival). Awards include, Clarence Derwent Award (Best Female in a Supporting Role for The Glass Menagerie); UK Theatre Award (Best Supporting Actress for The Children’s Hour, Manchester Royal Exchange) and Critics’ Circle Award (Most Promising Newcomer for Port, National Theatre).  Recent theatre credits include All of it by Alistair McDowall and Anatomy of a Suicide by Alice Birch at The Royal Court. This will be her debut at Hampstead Theatre.

Zubin Varla will play the role of Felice. Varla has worked with Yates previously in his production of Eugene O'Neill’s The El Train alongside Ruth Wilson (Hoxton Hall). He was nominated for an Olivier Award (Best Actor in a Musical) in 2019 for his role in the Tony Award winning Fun Home (Young Vic). Other recent theatre credits include Ghost Quartet (Boulevard Theatre) and Equus (an English Touring Theatre and Theatre Royal Stratford East co-production, which transferred to Trafalgar Studios). Varla will be making his debut at Hampstead Theatre.

Tennessee Williams, one of the foremost playwrights of the twentieth-century, spent over ten years writing the partly autobiographical The Two Character Play and called it ‘the very heart of my life’. It premiered at Hampstead Theatre in 1967 directed by the theatre’s founding Artistic Director James Roose-Evans.

A doctor once told me that we were the bravest people he knew. I said “Why, that’s absurd, my brother and I are terrified of our shadows.” And he said, “Yes, I know, and that’s why I admire your courage so much

Fellow actors, and brother and sister, Felice and Clare have been on tour far too long.  Abandoned by the rest of their troupe, all that’s left is each other, an empty stage and an expectant audience.  They will have to adapt accordingly and perform the only appropriate work in their repertoire: The Two Character Play…

The Two Character Play will remain as originally sold, with reduced capacity and social distancing, for the duration of its runs should national restrictions be lifted. In the event of it being postponed due to UK Government advice, full refunds or credit vouchers will be offered.