The Two Character Play an... 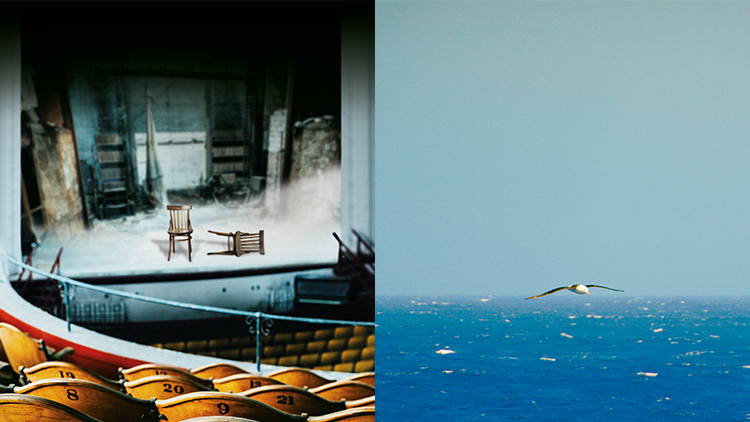 Hampstead Theatre is delighted to announce further live productions for 2021. Tennessee Williams’ The Two Character Play will run from 17 July until 28 August. Sam Yates will direct this innovative, psychological thriller by one of the world’s great dramatists which originally premiered at the theatre in 1967. Yates is making a highly anticipated return to the theatre following his Olivier-nominated production of The Phlebotomist (2019). The world premiere of Big Big Sky, by Tom Wells will also run from 30 July until 11 September at Hampstead Downstairs. This beautifully tender new play which explores nature’s influence on love, friendship and family will be directed by Tessa Walker, Hampstead Theatre’s new Associate Director. Both productions will remain as originally sold, with reduced capacity and social distancing, for the duration of their runs should national restrictions be lifted. Tickets will go on sale from Thursday 20 May at 10.30am at hampsteadtheatre.com.

'Hampstead Theatre has historically embraced playwrights at all stages of their careers.

Tennessee Williams was at the height of his when he chose to offer the world premiere of The Two Character Play, a very personal play, to James Roose Evans to direct.  It speaks volumes of the regard in which he held Hampstead as a leading artistic space for experimental work and I am excited by Sam’s vision for this gem from our Originals series.

'I am honoured to be returning to Hampstead Theatre to direct Tennessee Williams’ play. I am excited to present this production to audiences following the show’s cancellation last year. The Two Character Play is form-busting and unique, celebrating the very process of making theatre. The Company and I look forward to presenting our interpretation of Tennessee’s daring play this summer.'

'I’m really delighted to be working again with Tessa Walker - our first time together at Hampstead Theatre - with Big Big Sky.  It feels properly special to be making theatre again, and making it with such a brilliant director.

The play is set in Kilnsea, where I grew up and where my Mum and Dad still live. It’s a small village on the very edge of East Yorkshire, windswept and sea-nibbled, but it has its own beauty, I think - a bit peaceful, a bit restorative.  Fingers crossed Big Big Sky can bring a bit of this to audiences in Hampstead.  Also a few jokes about oat slice, and some line dancing.  I think probably we need those at the moment too.'

Tennessee Williams, one of the foremost playwrights of the twentieth-century, spent over ten years writing the partly autobiographical The Two Character Play and called it ‘the very heart of my life’. It first premiered at Hampstead Theatre in 1967 directed by the theatre’s founding Artistic Director James Roose-Evans.

Big Big Sky by Tom Wells is a beautifully tender new play which explores nature’s influence on love, friendship and family – the belief that anyone who’s lost can be found, even in the remotest of places. Set in his hometown of Kilnsea, in East Yorkshire, Wells’ touching drama draws on the beauty of his local coastal landscape whilst also subtly highlighting the vulnerability of nature and the need for better care.

Tom Wells’ theatre credits include The Kitchen Sink, winner of Most Promising Playwright Critics Circle Award (2011) and George Devine Award (2012), Ghosting (Royal Court), Drip, which premiered as part of Hull UK City of Culture 2017 (Script Club/Boundless) and Cinderella; Dick Whittington And His Cat and Jack and the Beanstalk (all Lyric Hammersmith). Other theatre credits include Folk (Birmingham Rep/ Hull Truck /Watford Palace) and About a Goth (Paines Plough / Play Pie and a Pint) which were directed by Tessa Walker. Big Big Sky will be Wells’ debut at Hampstead Theatre.

Tessa Walker is Hampstead Theatre’s newly appointed Associate Director. Big Big Sky will be Walker’s directorial debut at Hampstead Theatre and her fourth collaboration with Tom Wells. Recent directing work includes The Snow Queen (Sherman Theatre), Jekyll And Hyde (Birmingham Rep) and The Whip Hand (Traverse Theatre/Birmingham Rep). She has also been the Literary Director at Paines Plough and a Literary Associate at the National Theatre of Scotland.

Jennifer Daley will play the role of Angie. Recent theatre credits include Sing Yer Heart Out for the Lads by Roy Williams (Chichester Festival Theatre) and Edward Albee’s The Goat, or Who Is Sylvia? (Theatre Royal Haymarket). Daley also plays the role of Amy Franks in BBC Radio 4’s longstanding drama series The Archers.

Jessica Jolleys will play the role of Lauren. She is a recent graduate of Rose Bruford College (2019). Theatre work includes Jack and the Beanstalk (Theatre Clwyd).

Sam Newton will play the role of Ed. Recent theatre credits include playing the main character, and narrator in The Curious Incident of the Dog in the Night-Time (National Theatre Productions, 2017, 2019), Phil Porter’s Sometimes Thinking (Frantic Assembly) and Nigel Slater's memoir, Toast (The Lowry / The Traverse).

Both productions will remain as originally sold, with reduced capacity and social distancing, for the duration of their runs should national restrictions be lifted.  In the event of the productions being postponed due to UK Government advice, full refunds or credit vouchers will be offered.