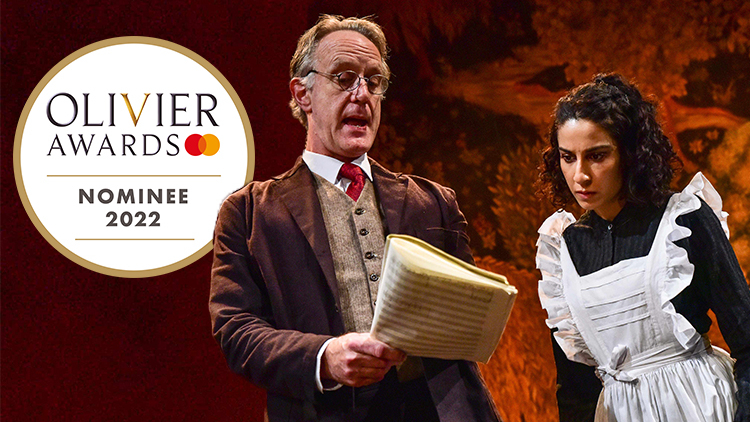 Nell Leyshon's beautiful new play with songs Folk, which finished its sold-out run at Hampstead Downstairs last month, has been nominated for Outstanding Achievement in Affiliate Theatre at the 2022 Olivier Awards.

★★★★★ 'Leyshon’s poetic way with words, the subtle modulations of Roxana Silbert’s scenically humble production and the superb, lived-in detail of the four actors hold us in thrall. This wonderful play deserves to endure.' (The Telegraph)

★★★★ 'A lyrical, complex celebration of Cecil Sharp' (The Times)

★★★★ 'Every actor shines in this beautifully brooding tale of song and sisterhood, paced to perfection by Roxana Silbert.' (The Guardian)

★★★★ 'A beautiful, beguiling play that captures the transcendent and transformative power of music.' (Financial Times)

★★★★★ 'Setting the bar for new writing impressively high with this beauty. Breathtaking writing, flawless staging. Folk deserves to be around for a very long time.' (WhatsOnStage)

★★★★ ‘Edgily enchanting and beautifully played by all, this is an exquisite gem’ (Daily Express)

The winner of Outstanding Achievement in Affiliate Theatre will be announced at the Olivier Awards on Sunday 10 April at the Royal Albert Hall.