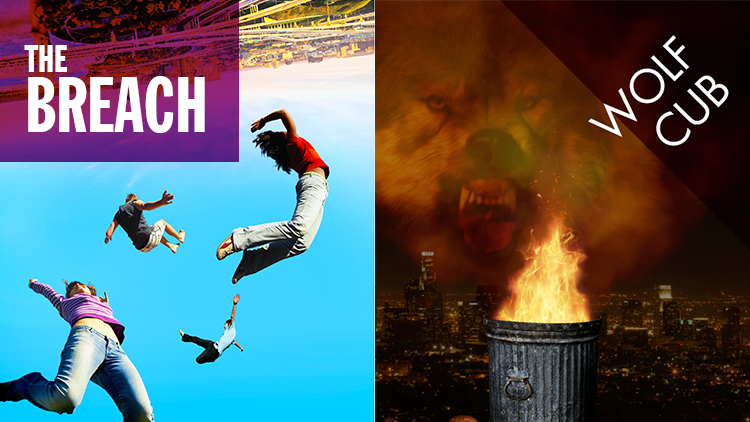 Hampstead Theatre is delighted to announce two additional premieres for its spring season.

The Breach by Naomi Wallace, with direction by Sarah Frankcom, will run on its Main Stage from 6 May until 4 June.

Wolf Cub, written and directed by Ché Walker, will run at Hampstead Downstairs from 8 April until 7 May.

'Both Naomi Wallace's play The Breach and Ché Walker's play Wolf Cub dig deep at considering the roots of the alienation of the white American working class. Both writers are new to the Hampstead canon: Naomi is an American living in the UK, Ché a British writer/director who spent several years working in the USA, and their inside/outside perspective on characters whose voices have long been kept hidden are visceral, vital and theatrical.'

As trust and loyalty are put on the line, hindsight proves devastating in Naomi Wallace’s absorbing drama The Breach, directed by Sarah Frankcom.

'They won’t even know we won this game. Only you and I will know that we Topped Their Love.'

Love has no limits for the Diggs siblings: there’s nothing that 17-year-old Jude won’t do to keep her younger brother Acton safe. Growing up in the turbulence of 1970s America, Jude works nights and weekends to pay the bills, just so that they can stay together and with their mother. But when Acton’s troublesome pals form a club in their basement, a foolish game threatens to upend Jude's plans, and derail their lives forever. How far will Jude go to protect her brother? And who will pay the eventual price of her doing so?

Naomi Wallace makes her Hampstead debut. A MacArthur Fellowship recipient and Obie Award winner, Wallace’s previous credits include One Flea Spare (Bush Theatre), Slaughter City (Royal Shakespeare Company), Things of Dry Hours (Young Vic) and And I And Silence (Finborough Theatre). The Breach is Wallace’s first in a trilogy of plays about different communities in Kentucky.

Sarah Frankcom directs her first Hampstead production. As Artistic Director of Manchester Royal Exchange, her work included West Side Story, Light Falls and Our Town, and, in collaboration with Maxine Peake for Manchester International Festival, The Nico Project and The Skriker.

The cast of The Breach will be announced in due course.

'My eyes turn yellow. Fur springing out all over me and the fangs snapping in my gums…'

1980s, America. Teenage Maxine has teenage problems. There’s moving from Rural Georgia to Urban Los Angeles with her booze-sodden Dad, there’s high school, boys, drugs, murder, Nicaraguan Contras, CIA, the LA uprising, the Northridge Earthquake…. Not for the faint-hearted or Ronald Reagan. Blazing through a turbulent coming of age, and now trapped in a country sick with injustice, Maxine's eyes are yellow, her hands are claws and she has a howl desperate for release…

Walker is joined by designer Amy Jane Cook. Both cast and the remaining creative team will be announced in due course.

The world premiere of Florian Zeller’s new play, The Forest, is currently running on the theatre’s Main Stage until 12 March. The Forest is translated by Zeller’s long-time collaborator Christopher Hampton, and directed by Jonathan Kent, who re-unites with Zeller after his critically acclaimed production of The Height of the Storm. Toby Stephens, Gina McKee, Paul McGann and Angel Coulby are joined in the cast by Millie Brady, Silas Carson, Finbar Lynch, Sakuntala Ramanee and Eddie Toll.