Down with the rich!

Down with the rich! 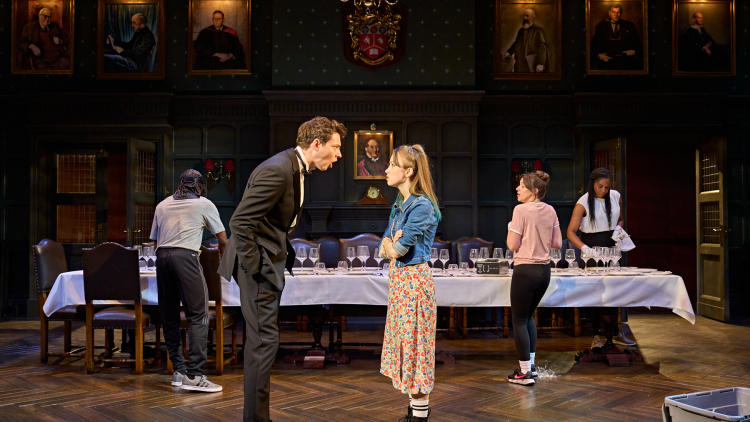 From Triangle of Sadness and Parasite to The Maid, audiences are revelling tales of inter-class violence that draw on growing discontent at inequality

Aluxury berth on a superyacht might seem a good place to unwind. But cinema audiences will feel rather differently about the appeal of this sort of private cruise after watching Triangle of Sadness, the top prizewinner at the Cannes film festival.

One nasty, graphic scene, which features the copious vomit and diarrhoea of high-net worth passengers, drew whoops and gasps from the crowd at its premiere on the French Riviera, and then again at the annual film festival in Toronto last week, ahead of its release in British cinemas next month.

Similar noises of anarchic glee came from a London theatre auditorium on Thursday during the first night of Richard Eyre’s new play about class and politics, The Snail House, when the actress playing a poor Irish waitress issued an emphatic parting “And fuck you!” to the entitled guests at a silver service dinner party.

Both the new film and play are examples of a rapidly growing taste for angry attacks on privilege and wealth. Establishing the glamour and security of the rich villain in a script is no longer simply the lead-up to a satisfying de-bunking, but instead the prelude to an aggressive, or even fatal, challenge to the social order.

Visit The Observer online here to read the full piece.