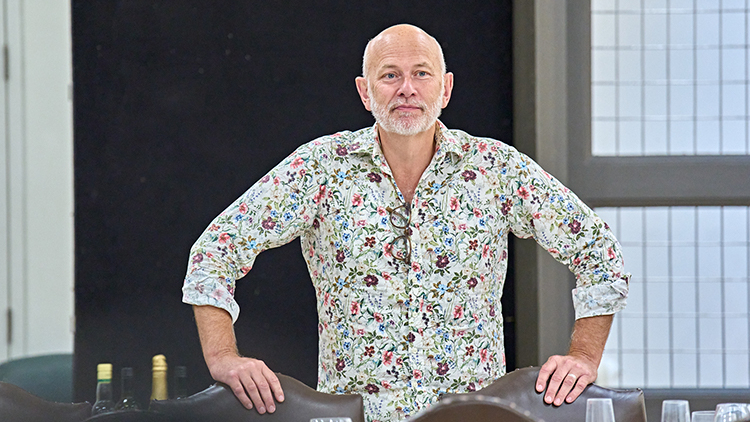 'An egotistical Government medical adviser, a dysfunctional family party, and secrets waiting to be revealed.

The Snail House stars Vincent Franklin as Sir Neil Marriott, who became familiar to millions as a paediatric expert during the pandemic, and is now rewarding himself with a lavish birthday celebration - complete with Champagne and silver service.

But his family are at each other's throats, and one of the caterers - who lay up a dinner for 18 before the audience's eyes - is unsettlingly familiar.

Franklin himself is familiar to many from TV roles such as Happy Valley, Gentleman Jack, The Thick of It and Cucumber.

"Richard's written a heartfelt, gut-wrenching family drama that is also at times hysterically funny," he says. "I think if you sit through a play and there's not a single laugh, it doesn't reflect life as it is.

"This is a man who is desperate to celebrate his success. It's a dinner party with huge pressure on it. We see it built, which is a piece of theatre in itself, and destroyed."'