When sport was fun: Chari...

When sport was fun: Chariots of Fire is back 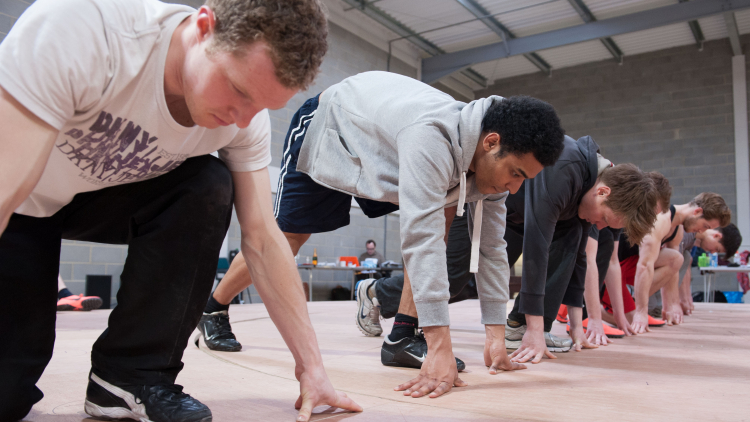 When I run, I hear the same soundtrack I heard when I was 10. I hear it pretty much from the moment that my Nike-encased foot steps out the door to the joyous moment when I slow down, slump on the bench by the local and try to figure out whether a pint of cider is in keeping with the life of a jogger. I have heard it all my life. Well, since 1981 anyway.

Vangelis. Do you hear it? The opening percussion, the rousing chords, the glorious piano kicking in on the fourth bar. I see the pictures, too. Britons running on the beach, splashes of sand on their shorts and the wind in their hair; Eric Liddell tilting back his head as he quickens his stride. Chariots of Fire was a film that captured the atmosphere of early 20th-century Britain, as well as the age of amateurism. But it also redefined, partly through its beautifully crafted story and partly through its unforgettable score, what it is to run.

It tells the tale of two British athletes who aspired to win gold at the 1924 Olympic Games in Paris. One, Liddell, is a devout Scottish Christian whose running is almost evangelical. The other, Harold Abrahams, is a Jewish outsider who hires a professional coach to hone his talent. As the late Vincent Camby, film critic for The New York Times , put it: “In the way that Eric Liddell runs to honour God, Harold Abrahams, the son of a Lithuanian immigrant who made a fortune in England, runs to become visible in the Anglo-Saxon society that pretends not to notice his Jewishness.”

On July 13 Chariots of Fire will return to the big screen. Timed to coincide with the build-up to the London Olympics, the film is being re-released in 100 cinemas across the UK, while a stage production is starting at Hampstead Theatre, North London, early next month. Vangelis will provide the musical accompaniment to both. “It seemed like the perfect time,” Hugh Hudson, who directed the movie and is one of the producers for the stage play, says. “The Olympic Games is on everyone’s mind, but it will be interesting to see how the story line gels with a modern audience.”

The power of Chariots resides, at least in part, in its gentle advocacy of amateurism. It is the idea that there is something valuable about sport that transcends financial considerations. “The film is not intended to be political in any way, but there is a deeper message,” Hudson says. “It is the idea that it is possible to do the things we love for their own sake, rather than always looking for the bottom line.”

It is not only a younger generation that may find the message somewhat at odds with the cultural assumptions of today. Perhaps athletes preparing for 2012 will also watch with a sense of curiosity and, who knows, envy. Sport has moved a long way over the past century. It is not only the influx of money, but also the introduction of a philosophy that has mechanised sporting excellence. Top athletes find themselves at the centre of an infrastructure of science and technology, seeking “the accumulation of small advantage”.

There are psychologists, physiologists, nutritionists, experts in biomechanics and much else besides. The athletes are sometimes called “clients”, which tells a tale in itself. The question of whether an athlete enjoys sport is subservient to whether he performs to the max. But the irony is that we often perform best, as well as enjoying ourselves the most, when we do something for its own sake. That is, perhaps, the most subtle lesson of amateurism.

“For me, the ideas behind the film have become more relevant and important over the past three decades,” Mike Bartlett, who has written the stage adaptation, says. “When I was at school, whenever anyone started running around the playground, somebody would hum the Chariots score. In many ways, it changed the way that we thought about running, which is a remarkable thing when you consider that running is a primal activity. You can run for glory, ambition, king and country, even for God. But you can also run and compete for sheer joy. That resonated with my generation.”

The adaptation involves turning Hampstead Theatre into a stadium with a running track that circles the stalls. The stage, which can speed up and slow down, also revolves so that the actors can run without disappearing. “The script remains true to the original screenplay by Colin Welland, but the stage play is, in many ways, rather different to the film,” Edward Hall, the director, says. “It is uniquely theatrical and there are not any of those slow-motion sequences.”

Hall points to a strand of the narrative that may take on particular significance with a modern audience. “Thetwo protagonists evoke the cultural and ethnic melting pot that was central to Britain then, and remains so today,” he says. “One is the son of an immigrant Jew who encounters prejudice; the other is a Scottish Christian. Both become heroes, despite being outside the British establishment. In many ways, the story is one of outsiders and insiders, and the ironies of integration.”

Hudson also notes the film’s references to ethnic insularity. “There is something about the underdog,” he says. “The success of an immigrant Jew resonated among black audiences in America in the 1980s. In fact, the film only really began to take off on the other side of the Atlantic when immigrant communities took to it.”

Chariots of Fire is particularly intelligent when handling the psychological ironies of competition. One of the most striking scenes depicts Abrahams in his dressing room looking sullen and confused, refusing to talk to anyone. He has just won gold. One of his friends, who lost in a previous race, asks what is wrong. “One of these days you are going to win yourself — and you are going to find that it is pretty difficult to swallow,” comes the response.

This finds a remarkable echo in the success of British athletes at Beijing in 2008, and the sense of anticlimax that so often accompanies the completion of a long-held dream. As the cyclist Victoria Pendleton put it after winning gold in the women’s individual sprint event: “You have all this build-up for one day, and when it’s over, it’s, ‘Oh, is that it?’ People think it’s hard when you lose. But it’s almost easier to come second because you have something to aim for when you finish. When you win, you suddenly feel lost.”

Whether Chariots of Fire becomes a hit again remains to be seen. But I suspect that it will strike a powerful note with modern audiences obsessed with instant gratification as well as modern athletes obsessed with the minutiae of performance. It is a film with a powerful and civilised message subtly delivered. Oh, and that Vangelis score. It almost makes you want to put down the laptop, lace on the Nikes — and run.

Chariots of Fire , Hampstead Theatre, London NW3, May 9 to June 16. The film is rereleased on July 13 as part of the London 2012 Cultural Olympiad.