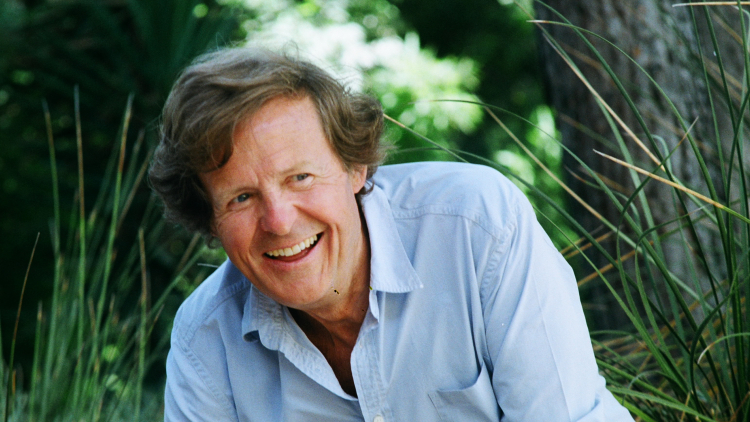 The Judas Kiss explores two pivotal moments in Oscar Wilde’s life – what in particular attracted you to exploring Wilde’s story through a play?

I did actually write a screenplay about Wilde for Mike Nichols to direct, which we called Feasting with Panthers. Nichols had asked me because he felt that forty years after the very good Peter Finch film of the 1950s, it had become possible to be much more explicit. My fault entirely, but I found writing a regular bio-pic unexciting – I was bored by the dutiful need to trudge through the familiar events. As soon as I decided to focus on just two turning points, and transfer it to the stage, it came to life.

Liam Neeson, Stephen Fry and Michael Gambon have all previously played Oscar Wilde on stage and screen. What do you think Rupert Everett will bring to the role?

A dazzling natural wit of his own, and a profound understanding of the difference between the mask and the face.

Neil Armfield is no stranger to The Judas Kiss, having already directed a production of it in Australia in 1999. Why has Neil decided to re-visit the play and what do you think a London audience can expect from Neil’s production?

The Belvoir Street Theatre, of which Neil was artistic director, had been much the most interesting theatre in Australia for twenty years, and Neil is one of Australia’s greatest directors, as anyone who saw Cloud Street knows. The Judas Kiss ran for nine months, all over the country. The production was exquisitely sensitive, bur raw with strong feeling at the same time.

How will playing The Judas Kiss to today’s audience be different from when the play premiered in 1998? Is the play any less relevant in today’s world?

Look, one teenage suicide in five is still about sexuality. Some things never change.

As a writer of numerous critically acclaimed screenplays, as well as plays, including The Hours (2002) and The Reader (2008), how do you find writing for the stage different from writing film scripts?

The most significant difference, for a writer, is that in the cinema you sell your work and the producer has the right to change it: in the theatre you retain copyright. The play can’t go on except in the exact form the writer wants it.

Slag, your first play, premiered at the Hampstead Theatre in 1970. You haven’t had a play presented at Hampstead since Fanshen in 1975. How does it feel to be returning to Hampstead – in its new building – for The Judas Kiss more than 35 years later?

I had three plays here in five years – Slag, The Great Exhibition (with David Warner and Penelope Wilton) and Fanshen. The pre-fab was so rickety that one night, after a flash-flood, the Fanshen actors had to swab out the stage from under eighteen inches of water. The audience helped. My only sadness returning to the new, presumably rain-proof, building is that all the great nearby Chinese restaurants have gone. I miss them.

The play following The Judas Kiss at Hampstead this autumn is 55 Days by Howard Brenton, who you have previously collaborated on a number of works including Brassneck (1973) and Pravda (1985). What was collaborating with Howard like? What can audiences expect from his new play?

Howard and I wrote comedies together, and so we spent most of the day laughing at each other’s jokes. Indeed in Pravda, the two of us and Anthony Hopkins together took on the power of Rupert Murdoch some 26 years before anyone else got round to it. Howard is a fabulously funny man, but of his new play I know nothing.