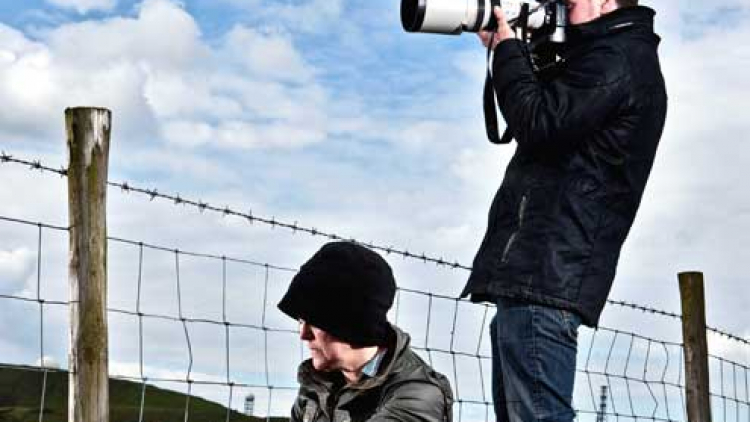 So, rehearsals started today for Blue Sky. I always think of rehearsals as the writer’s reward, when you can finally emerge from your lonesome office and spend some time in the company of actors, the director and the rest of the team. Pity the poor novelists who never get such a treat. The great bonus of working with Pentabus is you get to do this in beautiful Shropshire. As I’m writing this, beautiful Shropshire is somewhat hidden behind a veil of mist and rain. But I know it’s there, somewhere. . .

When I started to write Blue Sky two years ago, there was plenty in the media about the still-unfolding story. By then it was no secret that US agents had been kidnapping people they considered terror suspects, bundling them into planes and transporting them to third countries to be tortured – and calling it “extraordinary rendition”. But oddly many people remained ignorant.

All the vocabulary around this practice was extraordinary – from “enhanced interrogation techniques” to “black sites”, it was chilling in its perversity. But even though it was written about in the press, many people didn’t really understand what had been going on, and others thought the whole thing so far-fetched that it couldn’t be true. At that point nobody dreamed that a secret document, blowing around in the bombed out ministry building in Tripoli, would reveal Jack Straw’s role in facilitating the rendition of Abdel Hakim Belhadj, an opponent of Gadaffi, back into the hands of the regime. Or that that document would lead to legal action being brought against Jack Straw personally.

One of the reasons people couldn’t grasp it was because of the deliberately misleading language being used. We weren’t supposed to understand it. And the whole thing was unimaginable. It conjured up a world of terrorists and CIA agents that was like fiction, not like real life. You can’t imagine US government lawyers sitting around discussing the level of pain that you could subject a person to before it’s officially torture (pain equivalent to organ failure was one of the cut-off points discussed). You don’t think that when the US president says, “Torture is never acceptable, nor do we hand over people to countries that do torture,” he is actually lying.

The story of extraordinary rendition was so bizarre that it took a great deal of tenacity, skill and painstaking slog for journalists to uncover. One of them was Stephen Grey, whom Elizabeth and I met when I was just about to start writing the play. He vividly described the bewildering feeling of realising that things he had suspected had been there all along, he just hadn’t been able to perceive them because they had been so cleverly, and deliberately hidden.

We have all seen reports about rendition on TV, in the newspapers, on live feeds. The information is there, in so many formats, but somehow it ceases to mean anything at all. Theatre is a way of making it real again. It’s a way of making you imagine yourself in relation to these big, impossible stories.

Elizabeth’s first season at Pentabus, Radical Rural, is proudly political. There’s been a flurry of interest in the state of political theatre recently. There have been a number of political plays set in the corridors of power, giving the audience a fly’s eye view of what goes on in there that we don’t normally get to know about, from A Walk on Part based on the diaries of Chris Mullin to James Graham’s This House currently at the National.

It’s enjoyable – though often depressing – having your suspicions confirmed about the people who are supposed to be running governments and countries. But I didn’t want to set Blue Sky in among the Bush administration, I didn’t want to put Donald Rumsfeld or Tony Blair on stage, nor set it in Guantanamo. I wanted to bring it all right back down to us, the ordinary people, to make it personal and intimate again.

Dennis Kelly, in his provocative speech ‘Political theatre is a complete fucking waste of time’, wryly expressed his disappointment that theatre doesn’t change legislation or prompt government policy. I’m not sure that even the granddaddies of British political theatre – Edgar, Hare, Brenton, Wesker et al – ever thought it would. But sometimes it makes us wonder about things anew, makes us think differently about ourselves, and that in itself is an achievement. And sometimes it does something just as important as changing government policy, which is to change people’s hearts.