A Cup of Tea with... Tu i Teraz actor Anna Elijasz 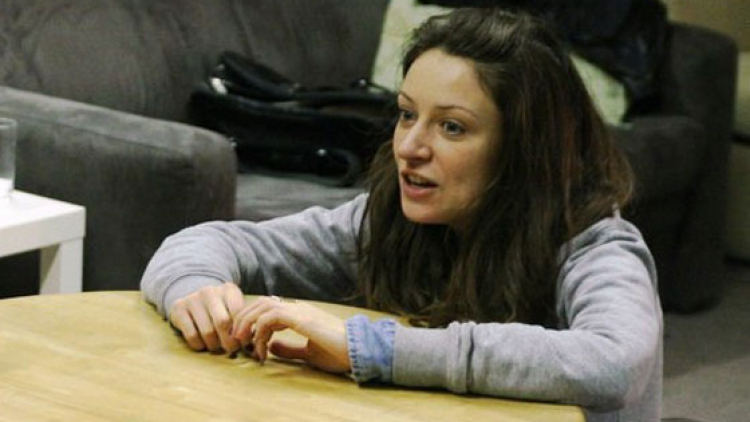 We caught up with Anna Elijasz between rehearsals about moving from Poland to attend drama school, what attracted her to the play and playing a prince. Anna will play Anna in Tu i Teraz (Here and Now) which runs from 18 December – 19 January.

Welcome to Hampstead Anna. Only a week until Tu i Teraz (Here and Now) opens at Hampstead Downstairs – how are rehearsals going?

All very well, it’s very exciting. We’ve got a lovely, friendly company so the atmosphere’s really nice, you feel safe—and that’s so helpful to the whole process.

You moved over from Poland to go to drama school – what made you want to become an actor?

I’ve wanted to be an actor for as long as I can remember. I was a quiet, boring child but onstage, I could just go crazy! It was suddenly exciting and fun.

What attracted you to Tu i Teraz (Here and Now)? And does the play being bi-lingual make it easier or more difficult to act?

What I love about the play is that it’s really a family drama. They’re Polish but in a way they could be from anywhere. It’s about what happens in a family, how twisted relationships can get . The reality of it is very intelligently done, and that’s what’s great about Nicky’s writing.

What is your favourite moment in the play? Without giving too much away of course…

I love it when Marysia plays with Kuba, her son.

I saw Trojan Women at the Gate. It’s such a powerful play, in a twisted way. It’s witty and the acting’s great.

I played the prince in Cinderella when I was six or seven. I hated having to play a boy! Maybe it was because I was a really big girl…!

What do you miss most about Poland now you live in London?