A Cup of Tea with... I Know How I Feel About Eve's Christopher Harper 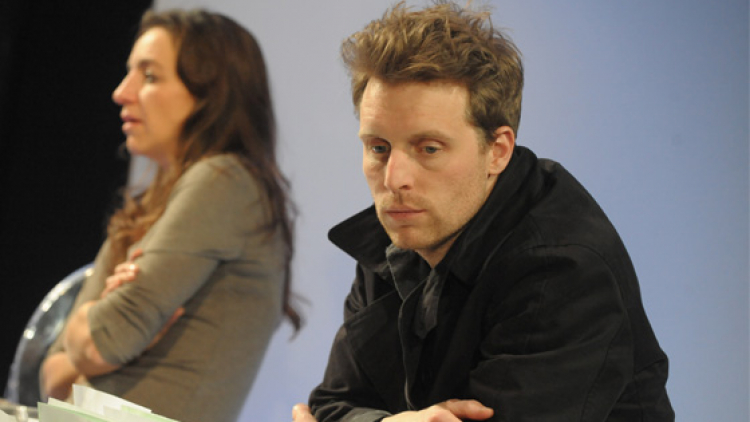 Welcome to Hampstead Chris. You’re a few days into the run of I Know How I Feel About Eve – how’s it going?

Feels good. The support here is fantastic and the regular and positive appearances of Greg [Ripley-Duggan, Executive Producer] and Will [Mortimer, Literary Manager] really make us feel important. The show is being honed all the time and being part of such a strong outfit helps drive that.

How are you finding the Hampstead Downstairs audience? Are they different to other theatre audiences that you’ve encountered?

It’s a little early to judge. The play is a mixed bag of heart stopping disaster, breath taking bitterness and silly, wise-ass humour. Which bit they attach themselves to and which they like might come clearer as we learn how to ride this play.

What attracted you to the role of Alex in I Know How I Feel About Eve?

They’re in love. Still. Through the pain and the loss and the resentment – Jo is incredible and Alex never stops thinking that.

Somersaults at the Finborough. Great production quality in a tiny space. Beautiful treatment of death.

I had to give a speech about rock music in assembly. It was awful and I thought to myself I’m going to do that again, but better.

Playing Edward Hall in the movie of his life.

Whenever I’ve been away I’ve found I make a bee line for one of the bridges – Waterloo, Blackfriars or London Bridge.

I’d design fonts for a living or play in the diamond for Liverpool.