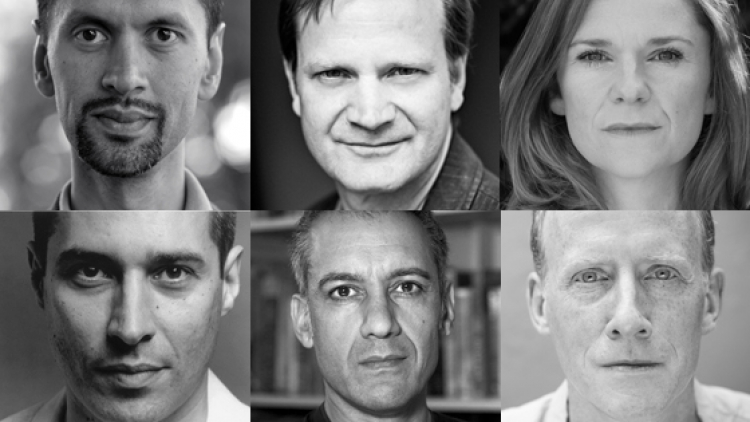 Hampstead Theatre is delighted to announce its cast for the premiere of Howard Brenton’s new play. Inspired by conversations he had during a visit to India in 2009, Drawing the Line exposes the chaos of the Partition of India – an act that has shaped the modern world.

In 1947 Mr Justice Cyril Radcliffe was summoned by the Prime Minister and given an extraordinary mission. He was to travel to India, a country he had never visited and of which he had almost no knowledge, and, with limited survey information, no expert support and no knowledge of cartography, to draw the border which would divide the Indian sub-continent into two new Sovereign Dominions: India and Pakistan. And he had only six weeks in which to complete the task.

Howard Brenton’s most recent play, #aiww: The Arrest of Ai Weiwei, was produced at Hampstead in April 2013 and live-streamed around the world. Other theatre credits include Never So Good, Danton’s Death (National Theatre) and Anne Boleyn (Shakespeare’s Globe).

Howard Davies theatre credits include Children of the Sun, Never So Good, Paul, The Cherry Orchard (National Theatre) and All My Sons (West End).

Lucy Black’s theatre credits include Children of the Sun (National Theatre) and The Only True History of Lizzie Finn (Southwark Playhouse). TV credits include EastEnders, Vera, Doctors, Todd Margaret, Holby, The Bill, Waterloo Road and Wire in the Blood.