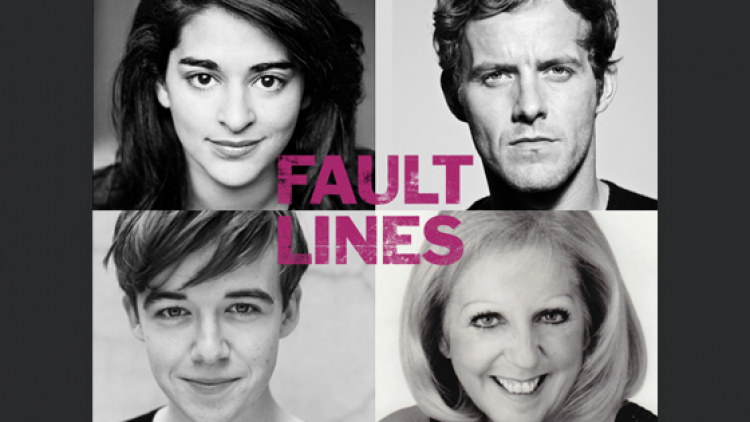 It’s 7.32am on Christmas Eve. Disasters Relief’s staff parties are legendary – but their aftermath cataclysmic. Nick and Abi wake amidst the carnage to breaking news: another massive earthquake has struck Pakistan.

Gathering their clothes – and dignity – the race with rivals Oxfam begins. Who can be the first to dispatch branded aid in full view of the world media? How far are they willing to go to be first? With the appalling spectre of last night’s antics hanging over everything, the day quickly escalates into a dizzying web of secrets and lies.

Ali Taylor’s play uncovers the reality of working in a modern charity and asks whether doing good is the same as being good. He makes his Hampstead debut after winning the Meyer Whitworth Award in 2008 for his first play Cotton Wool (Theatre503). Previous credits include Overspill (Soho Theatre) and Sticks and Stones (Polka Theatre).

Lighting design is by Tim Mascall and sound is by Richard Hammarton.

Nichola McAuliffe’s many stage appearances include Maurice’s Jubilee, which she also wrote, and for which she won The Stage Best Actress Award (Edinburgh and UK Tour), A British Subject (Arts Theatre), The Lady in the Van (Hull Truck Theatre & UK Tour) and Hayfever (Rose Theatre). She won the Olivier Award for Best Supporting Actress for Kiss Me, Kate (RSC). TV includes Doctors, Doctor Who, My Family, Coronation Street and Surgical Spirit (7 Series). Film includes Cheri, Die Another Day, Plunkett & Maclean and Tomorrow Never Dies. She has written two novels for adults and one for children.