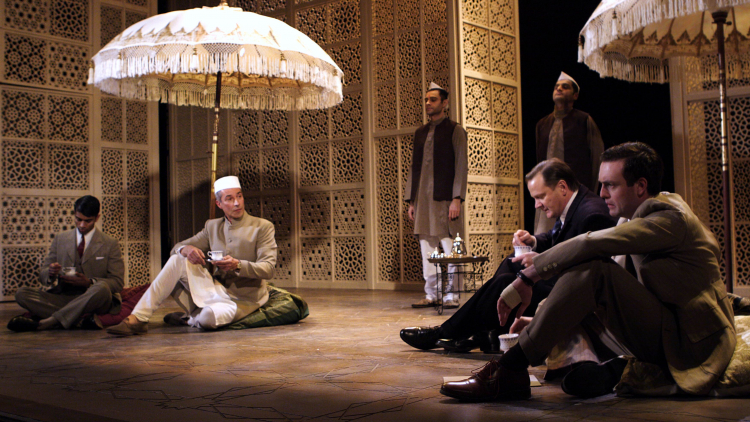 Prime minister asking a favour? Drawing The Line is a big story well told
By Robert Shore, The Metro

Imagine the scene: out of the blue the prime minister asks you a favour. Would you decide how India should be partitioned for him? You know nothing about the subcontinent or its politics, and there’s absolutely no chance of satisfying the demands of the groups involved in this huge geographical carve-up but you say yes anyway.

It sounds fantastical but that’s what happened in 1947 when Clement Atlee summoned Cyril Radcliffe, a judge who cited a trip to Venice as his biggest adventure abroad, and told him he had five weeks to settle the boundary between India and Pakistan.

It’s a big story, with a lot of background information and cartographical detail to be conveyed. But it’s economically and resonantly told in Howard Davies’s smartly designed, well-acted production.

Vivid phrases tumble from characters’ lips as they try to decide whether Radcliffe is an assassin sent to murder India, a comic actor in a Gilbert and Sullivan opera or (in the flailing Radcliffe’s own assessment) the patsy of the gangsterish imperial powers-that-be. It’s well worth a visit to Hampstead to make up your own mind.