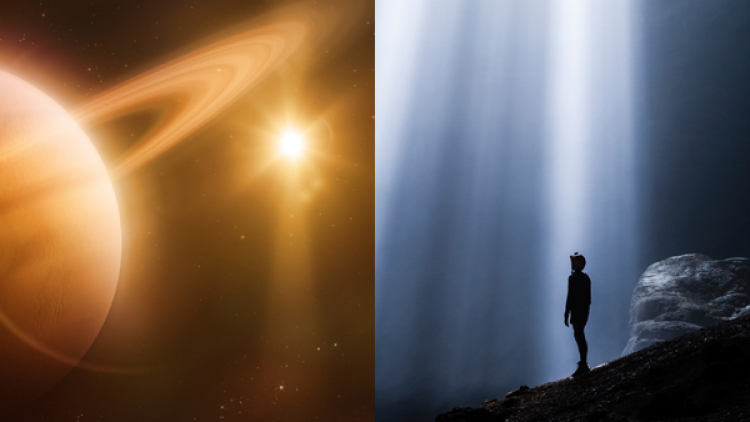 Hampstead’s Downstairs 80 seat space is devoted to the support and presentation of new work, at the highest professional standards despite a very limited budget.

Although there are no formal press nights or reviews, a limited number of tickets each night are available  to critics who wish to see the shows and write about them informally.

‘How can you know you’re loved if you’re alone? You have to connect. Everybody has to connect. Nothing makes any sense without it’

Martin is an astronomer: a solitary, straight-laced introvert itemising the sky. Abi is an artist: a chaotic, free-spirited extrovert trying to fill the void. But something about the heat and intensity of a space observatory in the middle of the Arizona desert sparks a surprising and passionate relationship between them. And as they struggle to connect, Abi’s reckless and un-boundaried nature sets in motion a deeply unsettling and wholly unexpected chain of event.

‘Because it was a secret. And secrets are power.’