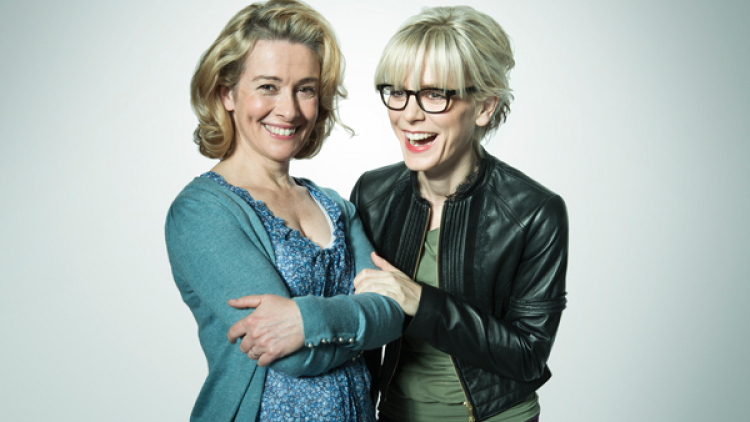 Can any woman have it all? After university Catherine and Gwen chose opposite paths: Catherine built a career as a rock-star academic, while Gwen built a home with a husband and children. Decades later each woman covets the other’s life, and a dangerous game begins as each tries to claim the other’s territory.

Peter DuBois reunites with Gina following Becky Shaw. His other directing credits include All New People (West End). Peter is Artistic Director of the Huntington Theatre Company in Boston. His productions have been on the annual top ten lists of The New York Times, Time Out, Variety and The Evening Standard.

Rapture, Blister, Burn is lit by James Farncombe with sound by John Leonard.

Emma Feilding’s many stage roles include In The Republic Of Happiness (Royal Court), Decade (Headlong), The King’s Speech (Wyndham’s Theatre & UK Tour), Heartbreak House (Chichester Festival Theatre) and Playing With Fire (National Theatre). TV includes DCI Banks, The Game, The Suspicions of Mr Whicher and the Cranford Chronicles. Film includes Fast Girls, Twenty8k and The Other Man. She has been nominated for two Olivier Awards.