A Human Being Died That Night returns to Hampstead Downstairs 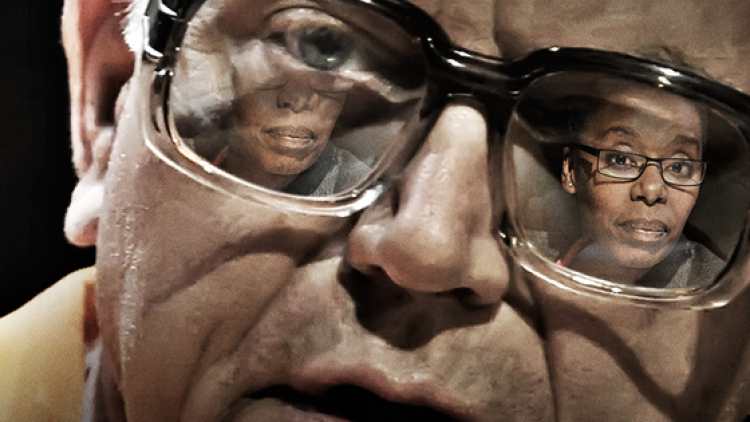 At Hampstead Downstairs
21 May – 21 June

with Noma Dumezweni and Matthew Marsh

The Fugard Theatre production of A Human Being Died That Night written by Nicholas Wright, and commissioned and produced by Eric Abraham, returns to Hampstead Theatre Downstairs following its world première at The Fugard Theatre, Cape Town ( running until 15 March) and Market Theatre, Johannesburg (20 March – 6 April). This riveting and provocative play was first presented at the Hampstead Theatre Downstairs for limited run in May 2013.

‘I was a veteran fighter. That’s how I saw myself. But at the end of the day, Pumla, all that I really am is a veteran of lost ideologies. Once you realise that, you lose your innocence.’

A member of the Truth and Reconciliation Commission, Gobodo-Madikizela is interviewing Eugene de Kock while he serves 212 years for crimes against humanity, murder, conspiracy to murder, attempted murder, assault, kidnapping, illegal possession of firearms, and fraud.

How did he become one of the most reviled figures in apartheid history? Is she able to overcome her disgust and hate for this monster and find his humanity within? And will he even be prepared to open up and tell an educated black woman the truth?

Nicholas Wright‘s_ A Human Being Died That Night_ is based on the best-selling book of the same name by Pumla Gobodo-Madikizela, and explores her extraordinary interviews with Eugene de Kock, her time on the TRC, and how a fundamentally moral person could become a mass murderer.

Nicholas Wright’s plays include Treetops, The Gorky Brigade, Mrs Klein, Cressida, Vincent in Brixton, The Reporter, Travelling Light and The Last of the Duchess, which debuted at Hampstead Theatre in 2011. He has also adapted work for the stage including Naked, John Gabriel Borkman, Lulu and His Dark Materials. He opened and ran the Royal Court Upstairs, and was Joint Artistic Director of the Royal Court, and former Literary Manger and Associate Director of the National Theatre.