In The Vale Of Health tra... 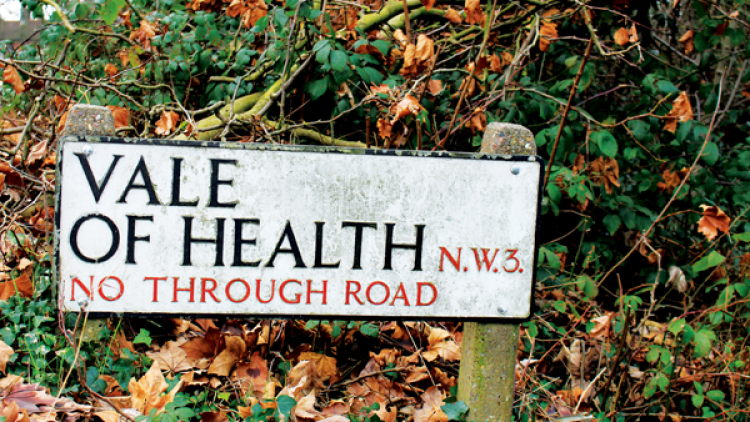 Due to the demand for tickets for the nine week season currently playing at Hampstead Downstairs, ending on 17 May, Hampstead Theatre is delighted to transfer Simon Gray’s quartet of plays upstairs to the Main Stage for a three week run in repertory from 29 May to 14 June.

This is a particularly rewarding time for Hampstead Theatre as only last week they announced the transfer of David Lindsay-Abaire’s sell-out Good People from the Main House to the West End’s Noel Coward Theatre.

Simon Gray’s cycle, named In The Vale of Health, consists of four plays based on the same characters, in the same situation, but all telling a different story with opposite conclusions…
Three of the four plays are world premieres, and five years after Gray’s death are performed alongside a revival of Japes, the play that started it all off.

The cast for this ambitious project is Gethin Anthony, Jamie Ballard, Imogen Doel, Tom Mothersdale and Laura Rees. During the 9 weeks the plays are performed Downstairs, and as each play is added to form the full quartet, the cast is rehearsing by day and performing by night; the characters developing and changing organically as each new play meets the audience.

Simon Gray’s dark comedy Japes, directed by Peter Hall, enjoyed a successful run in the West End in 2001. Watching rehearsals, the playwright realised the characters might have made different choices and arrived at a different outcome, so he set to work on Japes Too. Concerned that he had still only told one side of the story he then set down Michael. But the characters continued to haunt him so he kept writing, and Missing Dates is a further attempt to put them to rest.
Gray described the plays as featuring ‘the same characters in the same situation in the same house, but telling a slightly different story through to an almost opposite conclusion, or to the same conclusion but by an unexpected (at least by me) route.’

Lighting is by Joshua Carr and sound by Matt McKenzie.

Simon Gray is the author of over 30 plays, including Butley, Quartermaine’s Terms, Otherwise Engaged and The Common Pursuit. His other writing includes screenplays, novels, and a hugely successful series of diaries culminating in The Smoking Diaries.

Tamara Harvey returns to Hampstead following Hello/Goodbye last year, the fastest selling Downstairs show. She recently directed From Here to Eternity (West End) and Educating Rita (Menier Chocolate Factory & Theatre Royal Bath, UK Tour). Her many other productions include Sixty-six Books and The Kitchen Sink (Bush Theatre), Plague Over England (Finborough then West End), One Flew Over The Cuckoo’s Nest (Co-Director) and Whipping It Up (Bush Theatre then West End), Dancing at Lughnasa (Birmingham Rep), Tell Me On A Sunday (UK tour) and Much Ado About Nothing (Shakespeare’s Globe).

Jamie Ballard has appeared on stage in Macbeth (ATG), Scenes From An Execution, Antigone and Emperor & Galilean (National Theatre), Measure For Measure (RSC) and Written On The Heart (RSC & West End). TV includes The Ark and Doctors, and film Includes x + y, The Comedian and Black Death.