The Guardian: Simon Gray and the art of rewriting 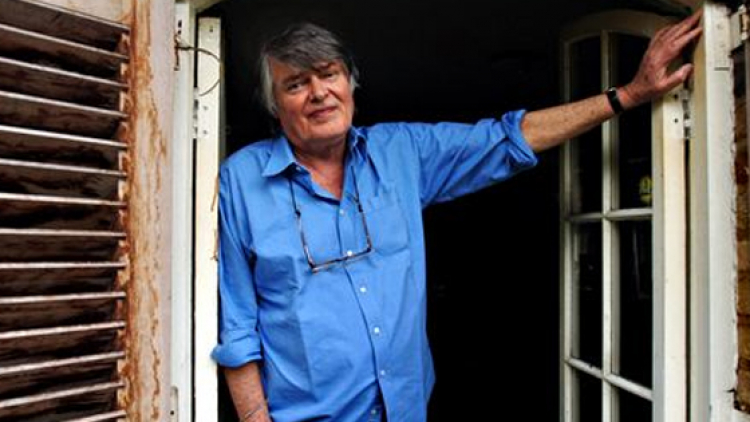 For Gray, the curtain never properly fell: forever rearranging his own plays, he had an impressive fluidity of imagination
By Mark Lawson, The Guardian (Photograph: Linda Nylind)

In the sequence of candid diaries that gave him a second literary reputation late in his career, the playwright Simon Gray reflected on the pain of plays “coming off early”, as they say in theatre. One volume, An Unnatural Pursuit, includes an account of enduring four flops in a row, while Enter a Fox describes the collapse of a planned West End run for another piece (The Late Middle Classes) and Fat Chance biliously chronicles the failure of Gray’s Cell Mates after its co-star, Stephen Fry, fled to Bruges on a ferry.

However, Gray – who died in 2008 – is experiencing the dramatist’s contrary consolation of plays coming on late: four plays have now been staged posthumously, with three of them featuring in the Hampstead theatre’s ambitious production In the Vale of Health, which having sold out before opening in the venue’s experimental downstairs theatre (18 April to 8 May) has been scheduled for a run on the main stage upstairs (28 May to 14 June) as well.

Apart from keeping alive the memory of a writer undervalued in his lifetime, the four interlocking dramas that make up In the Vale of Health consolidate Gray’s position at the top of any list of the most formidable rewriters in literature.

It’s standard for the texts of plays to be published to coincide with productions, but one of the books on the Gray shelf of my theatre library has the bizarre distinction of containing works that either became or had previously been other plays and which were either never – or only belatedly – performed. Four Plays, published by Faber in 2004, contains the scripts of The Pig Trade, Japes Too, Michael and The Holy Terror.

Of this quartet, The Pig Trade never reached an audience, because Gray substantially rewrote it and renamed it The Old Masters, while The Holy Terror was a significantly revised version of a play that was itself a rewritten and re-titled makeover of the play Melon, which had been staged in the 1980s. The middle scripts – Japes Too and Michael – have waited a decade to be produced now at Hampstead and were themselves alternative versions of Gray’s Japes, which Peter Hall directed in Colchester and the West End in 2000. Japes, Japes Too and Michael all feature the same three characters – brothers competing for the love of the same woman – but the relationships play out differently each time, as they do again in Missing Dates, which Gray wrote for Radio 4 in 2008, and which now receives a stage premiere at Hampstead alongside the other three variations: the umbrella title, In the Vale of Health, refers to the Hampstead hamlet where the threesome lives.

And, although these four attempts at the same story are the ultimate example of Gray’s obsessive rewriting, few of his plays were safe from revision even after the last night party had been held. The Common Pursuit, his 1984 drama about college friends who start a literary magazine, exists in at least four significantly different published versions, the eventual dialogue almost unrecognisable from the initial script, as Gray reworked it for various productions in Britain and America. And, commissioned to write a film script based on Claire Tomalin’s biography The Invisible Woman (a project recently realised by Ralph Fiennes), Gray abandoned the attempt and instead wrote a radio play of his own, Little Nell.

This fluidity of imagination – the sense that the curtain never quite finally fell on any play – was partly temperamental. Some writers are completely in control of what they are doing: one example is Harold Pinter, who directed nine Gray plays including the first version of The Common Pursuit and became used to the shifting nature of the scripts, although, with his own work, he almost never changed a line that he had written, either for the premiere or subsequent revivals. In contrast, Gray seems to have seen plays as a lump of material to be sculpted, instinctively mistrusting what had come to him at his desk. He once recalled being convinced, at the moment of composition, that some lines in what was then the final draft of The Common Pursuit were the finest dialogue he had ever written. However, they embarrassed him so much at the read-through that he cut them and wiped them from his mind.

Gray’s inherent lack of confidence in his ability was exacerbated by his frequent experience of flops and critical drubbings. The Common Pursuit, for example, never quite worked in the way that the playwright had hoped and did improve with each re-thinking, although, contrastingly, Melon, which had been a modest hit and critically well-received, was a spectacular disaster when it was finally seen in London, in Gray’s preferred version among the many rewrites as The Holy Terror.

So the fascination – and gamble – of In The Vale of Heath, directed by Tamara Harvey, is that it invites audiences to do what is normally the province of theatrical academics: comparing variant drafts of the same play. Although we suspect that, if Gray’s ghost is anywhere near the Hampstead theatre, it will be invisibly scribbling a fifth go at the script.