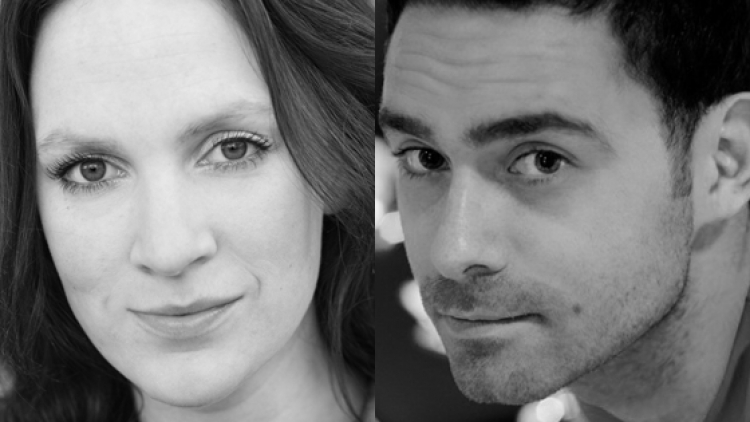 We interview two of the Downstairs Autumn Season Writers to find out more about Four minutes twelve seconds and Elephants. James Fritz and Rose Heiney talk about their new plays and the inspiration behind them.

Can you describe Four minutes twelve seconds in a nutshell?

It’s a dilemma play about two parents and their child, and the different relationships they have to three things – to sex, technology and each other.

The blurb on the Hampstead website sums it up much better than I can. I’ve been stealing it verbatim when I talk about the show down the pub.

What inspired you to write Four minutes twelve seconds?

A very scary conversation with my mum.

I have a favourite, but think it’s too near the end and might spoil something. I’ll go with ‘Is that what you mean by hot air?’, because it makes me smile.

If I had to pick one, it’d be Caryl Churchill.

People like Tim Crouch, Chris Goode, Young Jean-Lee and Daniel Kitson have helped push my idea of what writing for performance can be, while I’m constantly nicking stuff from Pinter, Simon Stephens, Dennis Kelly, Duncan Macmillan, Sarah Kane. They all write stuff that somehow, on reading, feels both super-clear and super-ambigous. I love that. Think that’s what often makes their plays feel so alive.

Another writer who does that brilliantly is John Donnelly, who I was lucky enough to have teach me when I did my MA. He’s probably had the most direct influence on how I think about my writing.

Honestly, I don’t really have the foggiest. I think that’s what excites me – I think we’re all learning as we go when it comes to what theatre is and what it does.

That’s not just the job of the playwright alone, of course – everyone involved in making the show is in the same boat – but it’s your words and ideas that everything bounces off, and that’s a really exciting and occasionally terrifying responsibility to have.

All you can do is try and write something that lets everyone involved with the production make interesting and challenging choices in the hope that, at the end of it all, the people who’ve paid to be stuck in the room with what you’ve made together don’t feel like they’ve wasted their time.

The one I tried really hard to get right when I was first starting to write. At the time I was sure it would be all sorts of awesome but looking back it was always more than a bit rubbish. I’ll always be fond of it, but ooh it’s a helluva mess.

Writing wise, Dennis Kelly once talked to a course I was on and said something along the lines of:

‘A lot of people tell me they have to be a writer. It’s the only thing they can see themselves ever being happy doing. But there’s loads of things you can do that will make you happy. If the only thing you can picture doing in your life is being a writer, you need to have a long hard look at your life.’

Or at least, that’s how I remember it.

It was a lovely thing to hear starting out in an industry that can make you feel like getting anywhere is all about ‘how much you want it’, in a kind of pumped-up Ironman sort of way. I try and come back to it whenever I get stressed about my writing.

Life wise, my Dad once looked at his fifty-something face in the mirror, turned to me and said, rather solemnly:

Can you describe Elephants in a nutshell?

Elephants is a funny (I hope) drama about a family trying to spend Christmas together exactly one year after something really, really bad happened……I can’t give too much more away without spoiling it! But safe to say it’s dark and sad and Christmassy and sometimes fun.

What inspired you to write Elephants?

I’m obsessed with Christmas; it’s so emotionally overloaded. And the conventional ‘family gathering’, if that’s what you go in for – can be joyful. But it also highlights absences, which I suppose is what Elephants is about.

This is my first time as a playwright! So I don’t know. Writing a play seems to be a pretty good start. Beyond that, I’ll just do as I’m told.

Never go to the supermarket when you’re hungry.