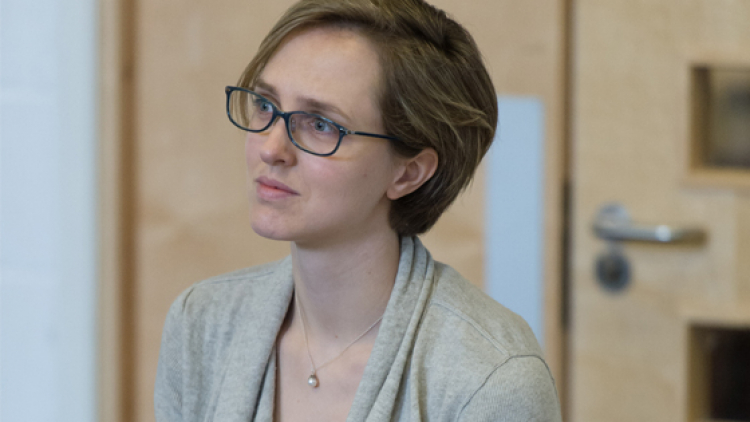 How would you describe Elephants in a nutshell?

A biting comedy about a family trying to cope with Christmas in the face of personal tragedy and an excess of sprouts.

What attracted you to Elephants?

It surprised me – I thought it was going to be one thing and then it was something quite different. Plus it has the perfect combination of comedy and tragedy that all great drama should have.

This will be your fourth play at Hampstead Downstairs – what keeps tempting you back?

Actually my seventh, counting all four In The Vale Of Health plays. I thought I’d keep coming until someone notices how frequently I turn up.

Also it’s an amazing space to work in because it offers writers the chance to discover how their work plays to an audience without being in the harsh glare of the national press. And the team at Hampstead are unendingly supportive of that delicate process of bringing a play to life for the first time on stage.

Don’t have one yet. Or perhaps more accurately, I have a different one minute to minute.

Asking the easy questions then? To create an environment in the rehearsal room where anything is possible; encourage everyone involved to be bold and make mistakes; start each day with as much passion as you ended the last and push the whole to be greater than the sum of its parts.

Marianne Elliot for her imagination. Alan Ayckbourn for his grace and craftsmanship. Lev Dodin, whose Platonov with the Maly Drama Theatre of St Petersburg was one of the most compelling nights I’ve ever spent in the theatre. David Crompton who directed the plays at my high school. Tim Carroll who’s braver than any director I know.

This one. Right now.

In the Vale of Health for allowing me four months with the same company of fiercely talented actors and Simon Gray’s extraordinary words. The Kitchen Sink for that first magical moment in the new Bush Theatre… As I start to answer this question my brain is flooding with show after show. I’ve been very lucky.

My Night With Reg at the Donmar for its humanity.

There’s an old Irish saying I just heard. I’m not sure it’s the best advice I’ve ever been given but it’s been ringing round my head for the last few weeks… However long the day, the evening will come.