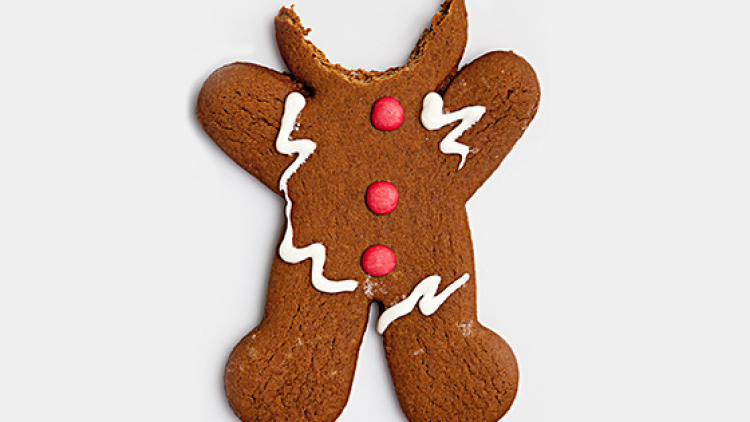 Elephants is a sharp, black and tender comedy that explores the paths we take in life and their repercussions on the people we love most. Rose Heiney’s previous television credits include hit shows Miranda, Fresh Meat and Big Bad World.

It’s 5.53pm on Christmas Eve. Richard and Sally are waiting for their friends and family to join in the festivities – the tree is decorated, the wine is mulling, the presents are wrapped. But beneath this shiny façade, disastrous events from last Christmas have left their mark on the Llewellyn family and attempts to paper over it make for an explosive evening of surprising revelations and dark secrets exposed.

Tamara Harvey returns to Hampstead Downstairs following last year’s sell-out hits Hello/Goodbye and In The Vale Of Health which transferred to the Main Stage. Her numerous credits include From Here To Eternity, One Flew Over The Cuckoo’s Nest (both West End) and Breeders (St. James).

Lighting is designed by Mark Howland and sound by Tom Gibbons.

Adam Buchanan was last seen at Hampstead Theatre in the Downstairs production of The Mystae. Other stage work includes First Episode (Jermyn Street Theatre) and As You Like It (GSC). TV includes Waking The Dead and Our World War. He won the Alan Bates Award 2013.

Richard Lintern returns to the stage after many years as a radio presenter and toastmaster. His TV credits include Morgan Spurlock’s New Britannia and Lee Nelson’s Well Good Show.

Bel Powley was last at Hampstead in Raving in 2013. Her stage work includes Jumpy (Royal Court/Duke of York’s Theatre), Arcadia (Broadway) and Tusk, Tusk (Royal Court). TV includes M I High, Little Dorrit, and film includes Equals, Girls’ Night Out, Diary of a Teenage Girl and Side By Side.