The Wasp at Trafalgar Stu... 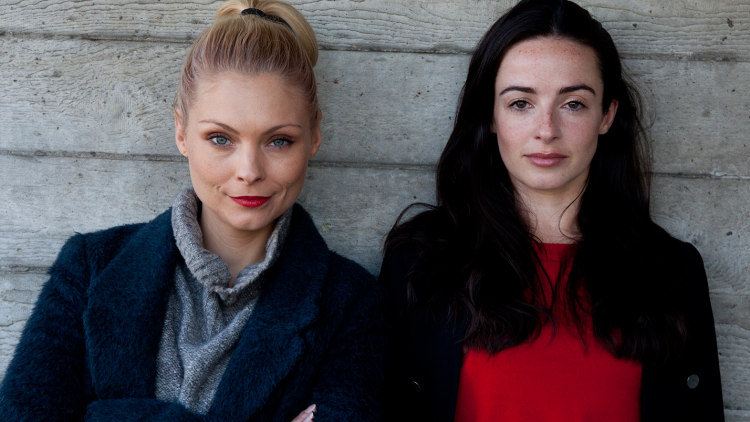 Morgan Lloyd Malcolm’s sharply comic thriller, The Wasp, is transferring to Trafalgar Studios this December, following a sell-out run at Hampstead Downstairs earlier this year. MyAnna Buring, now a household name thanks to roles in Ripper Street and Downton Abbey, will star as Carla, whilst Laura Donnelly, star of Outlander and ITV’s Beowulf, will play Heather.

Once close childhood friends, Heather and Carla’s lives have taken very different paths – Carla lives a hand-to-mouth existence raising four children while Heather has a high-flying career, a husband and a beautiful home. And yet, here they are sitting in a café twenty years later, with heavily pregnant Carla chain-smoking, as they awkwardly reminisce about the past. Then Heather presents Carla with a bag containing a significant amount of cash and an unexpected proposition.

Star of BBC TV series Ripper Street, MyAnna Buring will play Carla. Previous theatre credits include the live recording of The Vote (Donmar Warehouse), Seduced (Finborough Theatre) and Strangers on a Train (Gielgud Theatre). Buring is also well-known on screen for her roles in blockbuster film The Descent, as well as Downton Abbey and BBC TV series Banished.

Sharing the stage will be Laura Donnelly as Heather. Donnelly reprised her role in The River (Royal Court Theatre) earlier this year on Broadway, playing opposite Hugh Jackman. She has just finished shooting the lead role in new ITV series Beowulf and is currently filming the second series of Outlander. Previous Theatre roles include Philadelphia, Here I Come! (Donmar Warehouse), Judgement Day (Almeida Theatre), and Romeo and Juliet (Regent’s Park Open Air Theatre).

Laden with secrets, Morgan Lloyd Malcolm’s electric thriller asks how far beyond the playground we carry our childhood experiences and how far some people are willing to go in order to come to terms with them. Delving deep into issues such as bullying, regret, kindness and forgiveness, Malcolm questions how we find our way through dark times, finding humour and light in moments of despair. Tom Attenborough returns to direct The Wasp. His work includes The Whipping Man (Theatre Royal Plymouth), Dinner With Friends (Park Theatre), Step 9 (of 12) (Trafalgar Studios 2), Port Authority (Southwark Playhouse), and The Mountaintop (Derby Theatre LIVE). This production is part of ‘Hampstead Theatre at the Trafalgar Studios’ alongside Four Minutes Twelve Seconds by James Fritz.