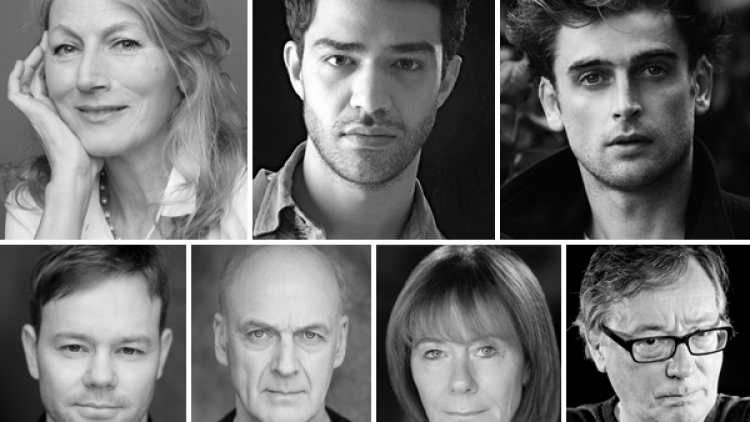 A new play by Howard Brenton
Directed by John Dove

August, 1922. The most famous man in England has vanished without a trace: T.E. Lawrence has completely disappeared.  But in the idyllic calm of the village of Ayot St Lawrence, on the top floor of the home of Mr and Mrs Bernard Shaw, the ‘uncrowned King of Arabia’ is hiding - with slabs of homemade carrot cake for comfort.

Wearied by his romanticised persona and worldwide fame, disgusted with his country and himself, Lawrence is craving normality. But when you’re a brilliant archaeologist, scholar, linguist, writer and diplomat – as well as a legendary desert warrior - how can you ever be normal?  And beyond the Shaws’ garden wall, nobody cares how he feels: England just wants its hero back. Can he ever return?

John Dove is a regular collaborator of Howard Brenton, having directed his plays In Extremis, the award-winning Anne Boleyn and Dr Scroggy’s War (all Shakespeare’s Globe).  A prolific stage director, he is a former Associate of Hampstead Theatre where he has directed 15 productions. He is currently an Associate Artist of the Edinburgh Lyceum where he has just directed The Crucible as the culmination of his epic cycle of six Arthur Miller plays.  His most recent production in the West End was Farinelli and the King, which starred Mark Rylance.

BE THE FIRST TO HEAR ABOUT CAST ANNOUNCEMENTS

Hampstead subscribers hear about new shows and casting announcements before anybody else.