Cast announced for The In... 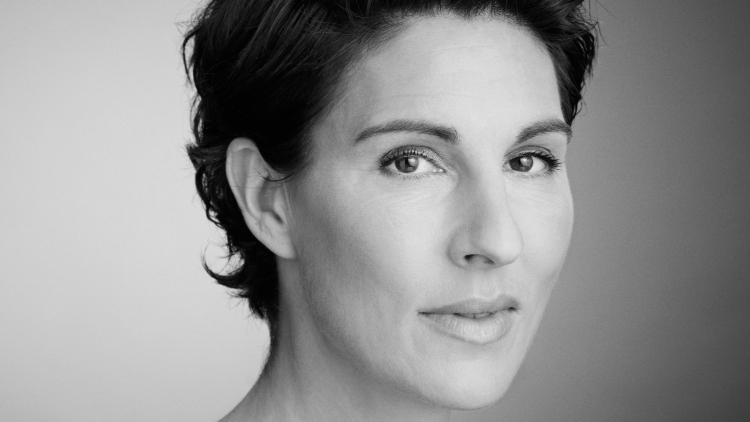 Hampstead Theatre presents the UK premiere of Pulitzer prize winning Tony Kushner’s The Intelligent Homosexual’s Guide to Capitalism and Socialism with a Key to the Scriptures, directed by Olivier award winning Michael Boyd. Tamsin Greig will play the role of Empty having last been seen at Hampstead Theatre in William Boyd’s Longing.

Shot through with characteristic wit and searing passion, Tony Kushner’s latest play is the story of a family grappling to find meaning in a landscape they no longer recognise and an epic exploration of humanity’s compulsive search for Utopias, both personal and political. This newly revised draft of the play is the result of last autumn’s development workshop at Hampstead, led by Kushner and Boyd.

New York, 2007. Gus Marcantonio, retired longshoreman, former trade union organiser, renaissance man, feels that the world has turned its back on everything he has fought for in life. With his sister, he summons his three children home, trailing the appendages of their chaotic lives, to their Brooklyn brownstone for the last and most unusual family reunion yet…

Tamsin Greig plays Empty. Tamsin received critical acclaim and an Olivier nomination for her performance as Pepe in the musical of Women on the Verge of a Nervous Breakdown, Hilary in Jumpy which transferred from The Royal Court Theatre to The Duke of York’s. Other theatre credits include Longing by William Boyd (Hampstead Theatre),The Little Dog Laughed for which she received an Olivier nomination,  David Hare’s Gethsemane for The National Theatre, God of Carnage, opposite Ralph Fiennes at The Gielgud. She won both an Olivier and The Critics Choice for Best Shakespearean Performance for Beatrice in the RSC’s production of Much Ado about Nothing and also played Constance in King John. She received both the Royal Television Society’s Award for Green Wing and BAFTA nominations for Episodes, Green Wing and Black Books.  Other notable televisions performances include, Miss Bates in Emma, Edith Frank in The Diary of Anne Frank, Beth in White Heat, the ground breaking People Like Us, Happiness, Love Soup and most recently Guilty, a 3 part series for ITV, and Friday Night Dinner. The film of Tamara Drewe directed by Stephen Frears, was an out of competition hit at Cannes, and gained Tamsin a British Independent Film nomination for her performance as Beth. And she recently had a cameo in The Second Best Marigold Hotel directed by John Madden and played opposite Kelsey Grammar in Breaking the Bank directed Vadim Jean.

Luke Newberry plays Eli. His theatre credits include Teddy Ferrara (Donmar Warehouse), Antigone (National Theatre), A Little Hotel on the Side (Theatre Royal, Bath), The Secret Garden (Aldwych) and The Aliens (Trafalgar Studios).  Television credits include Lightfields, From Darkness, Banana and In the Flesh, and Film credits include Dusty and Me, The Legend of Hercules, Slapper & Me, Quartet and Anna Karenina.

Tony Kushner makes a highly anticipated return to Hampstead following Slavs! in 1994. His other plays include the inimitable Angels in America, A Bright Room Called Day, Slavs!, Homebody/Kabul; the musical Caroline, or Change and the opera A Blizzard on Marblehead Neck. His screenplays include the Oscar nominated Lincoln and Munich. Kushner is the recipient of a Pulitzer Prize, two Tony Awards, three Obie Awards, two Evening Standard Awards, an Olivier Award, an Emmy Award, two Oscar nominations, and the Steinberg Distinguished Playwright Award, among other honours. In 2012, he was awarded a National Medal of Arts by President Barack Obama.

Michael Boyd’s recent directing credits include Right Now (Traverse Theatre Edinburgh, Theatre Royal Bath and Bush Theatre London), Eugene Onegin (Garsington Opera), Tamburlaine (Broadway) which received Obie, Drama Desk, and Drama League Awards; and Orfeo (Royal Opera House/Roundhouse) which was nominated for an Olivier Award for Outstanding Achievement in Opera. His work has won many UK and international awards, including four Oliviers, and he was knighted for services to drama in 2012. Michael was the Artistic Director of the Royal Shakespeare Company from 2002-12 and the Artistic Director of the Tron Theatre in Glasgow from 1985-96.