Neil LaBute: The popular and provocative 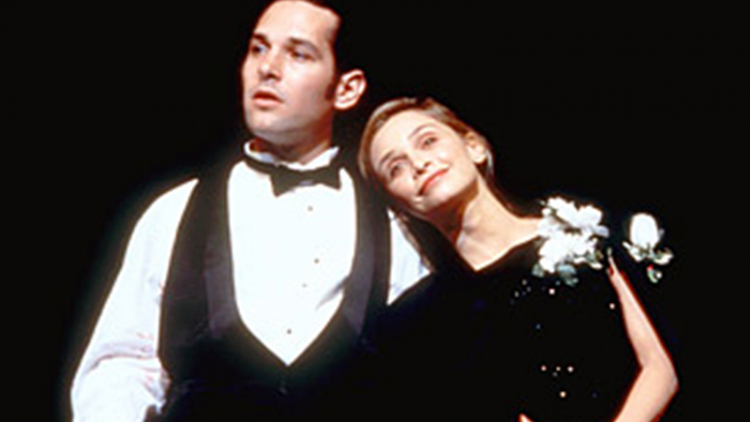 ‘I want us all to be happy – but I don’t even know what that word means anymore, happiness, I really don’t, I mean you can’t touch it or taste it so what the hell is it? I don’t know but I wanna, get there, to, er, happy, to some happy place where, you know, I can just sit down for a few minutes and just do whatever it is that happy people do. That is what I want to do.’ Reasons to be Happy

He’s been referred to as ‘America’s agent provocateur’ for his selfish and cruel characters but in spite of his shocking plotlines, LaBute’s work is performed more than that of almost any other contemporary playwright. Almost as frequently, in fact, as that of his idols, Harold Pinter and David Mamet (he has dedicated plays to both.) LaBute’s plays resonate globally because his subject matter is gripping and jaw-droppingly scandalous. More to the point, his characters, their emotions and brutal actions are also disquietingly familiar… As the Independent said in a 2001 interview with LaBute, ‘somehow, the cruel secrets at the heart of his plays resonate psychically with their audiences – as unpleasant as they get, they remain chillingly plausible’.

The popular, and provocative, works of Neil LaBute:

LaBute made his first major mark with his cautionary fable In the Company of Men , about two sexist male office co-workers fed up with what they believe is the way women have taken over American society and how it is no longer a man’s world. They set out to find a vulnerable woman – one looking for male attention – and wine her, dine her, then cruelly dump her, just to gain some “dignity” for their gender. LaBute also directed the film adaptation in 1997 for $25,000 in less than two weeks to great critical acclaim. The film won the Sundance Filmmaker’s trophy, awards for LaBute’s screenplay and Aaron Eckhart’s performance as a heartless creep with ambition and cockiness to spare.

A trio of one-act plays, bash is LaBute’s triptych of Modern Greek tragedies. The Mormon Church expressed their disapproval at the work, to which he and the play’s murderous characters belonged. LaBute has since resigned his membership.

The Shape of Things is the first of LaBute’s trilogy of plays exploring our obsession with beauty. This play also showed that LaBute’s fictional women can be just as manipulative, cold, and callous as his men. A beautiful woman gives a geeky museum security guard a sexy makeover. He falls for her, but she later reveals it was all just an aesthetic game, that she has ‘sculpted’ him merely as an art project. LaBute also made this play into a film in 2003 starring the same cast as the play, Paul Rudd and Rachel Weisz.

The second of the beauty trilogy. A young office worker develops a romantic relationship with an obese librarian, but struggles with the feelings of shame he experiences, knowing he is falling in love with a fat girl his friends would never approve of. Its 2008 London run starred Robert Webb and later Kelly Brook.

Reasons to be Pretty is the third of LaBute’s beauty trilogy. LaBute shows how a chance remark about a lover’s features can destroy a relationship. The result is a rueful, intelligent comedy that suggests we should all stop defining ourselves, and each other, by our outward appearances.

The Mercy Seat was one of the first major theatrical responses to the September 11 attacks. The play focuses on a World Trade Centre worker contemplating running away with his mistress in the shadow of the 9/11 attacks, safe in the knowledge that his family would believe him dead.

‘LaBute is writing some of the freshest and most illuminating American dialogue to be heard anywhere’. The New York Times