The Observer: Mike Bartlett - ‘The world didn’t know if Snowden was a hero or traitor’ 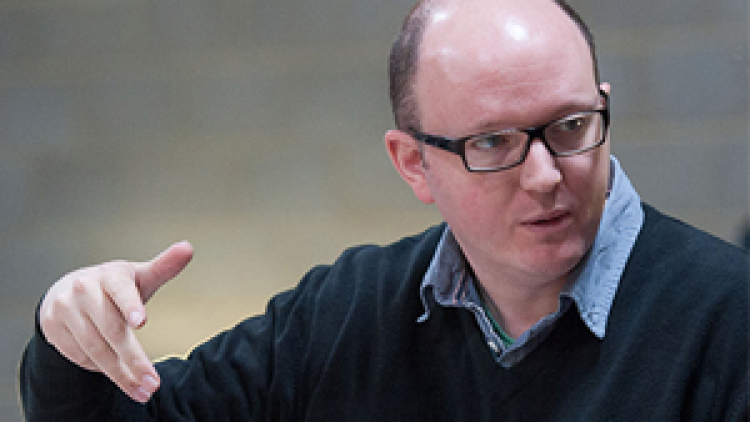 Mike Bartlett: ‘The world didn’t know if Snowden was a hero or traitor’

The playwright on his new play, Wild, inspired by the whistleblower, and his forthcoming series Press, about the aftermath of phone hacking

Mike Bartlett, 35, wrote the award-winning plays Cock, Bull and King Charles III, a blank verse drama about the royal family that transferred to Broadway and is up for five Tony awards. His hugely popular BBC1 series Doctor Foster, starring Suranne Jones as a betrayed GP, returns next year. Bartlett was born in Oxford to a psychologist father and a headteacher mother; he was educated at Abingdon school and the University of Leeds, but prefers to keep further details of his life private. His 2008 play Contractions receives its regional premiere at Sheffield’s Studio theatre this month, while his new play, Wild, is at Hampstead Theatre until 16 July.

What’s the core issue?
Where do we invest our trust now? In politicians? Most people would say not. In banks, in religion, in a sense of nationhood? In each other? Even that has been complicated. It feels like there’s a total collapse of trust, but without trust it’s impossible to have any sense of who one is.

You suggest technology and government are in constant tension…
The reason for abandoning the legislation [on superinjunctions] is that technology has made it redundant. If you imagine Twitter like a newspaper, it should be responsible for the content it publishes. But because Twitter suddenly existed, and you then can’t close it, legislation is trying to work out how you hold people who tweet or the company that publishes tweets responsible.

I’m guessing you’re not big on social media…
(Laughs) I am not entirely off grid. I send a lot of email. But the way Facebook constantly alters its privacy settings to bamboozle you into giving more away is just underhand. Ten years ago, if a guy started taking photographs outside your house, you’d call the police: now if that happens, it’s just Google. If you apply the same rules to these companies that you would apply to people, you’d find their behaviour very disturbing.

To read the full interview please click here to visit The Observer online.