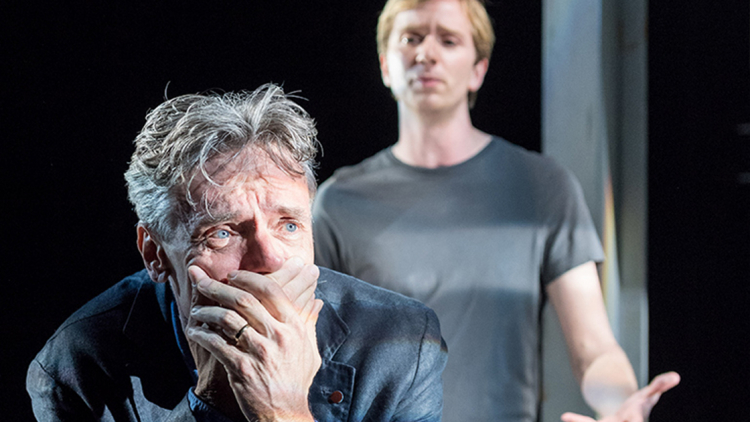 'As Leo Tolstoy almost said: “All happy families are alike; each dysfunctional family is dysfunctional in its own way.” Folks, meet the Marcantonios, a bunch of Italian-descendant Americans who have so many axes to grind, and simmering resentments to boil, you feel they’re in urgent need of a group counsellor or perhaps tabloid talk-show host.'

'There’s his history teacher son Pill, whose marriage to African-American theologian Paul is on the skids, thanks to Pill’s consorting (with money not his own) with a millennial rent-boy called Eli. There’s Gus’s bisexual labor-lawyer daughter “Empty” whose theology partner Maeve is about to give birth. The respective sperm-donor is the youngest sibling, a building-contractor called V, whose anger-management is so poor that at one point he rams a bust of Garibaldi through the kitchen wall. The quietest of the bunch is Gus’s sister Clio, a former Maoist and member of the Peruvian militant group Shining Path who – in Sara Kestelman’s serene, feline performance of tolerant watchfulness – is almost a beacon of sanity.'

'What’s striking as ever is Kushner’s dramatic ambition and intellectual elan and the evening, moving towards dark pathos as the method of self-slaughter is confronted, is directed with great style by Michael Boyd on a monumental cross-section of a three-storey house, designed by Tom Piper.'

'Among a cast of almost uniform excellence, primary plaudits should go to David Calder as the suicidal patriarch, sometimes intensely present, fists clenched, blood flushing to his face, at other times self-absenting, pitiable. Tamsin Greig is uptight yet graceful thoughtfulness personified as Empty, needle-sharp with her comic timing but far beyond relying solely on that. And there’s terrific work too from Richard Clothier as the haunted Pill.'