Labyrinth: ★★★★ from The Times 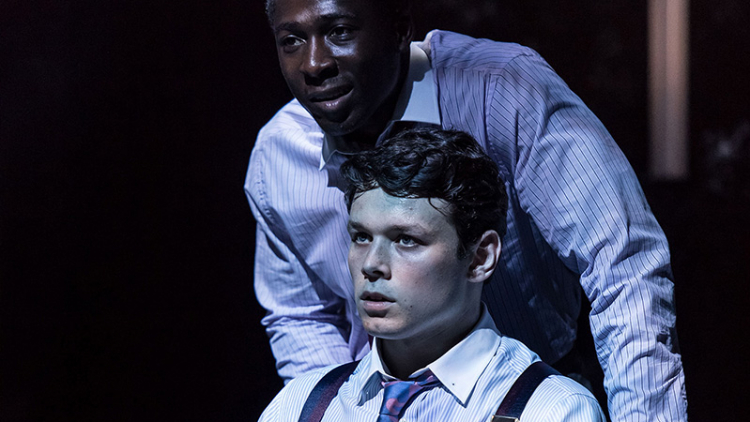 'The year is 1978 and sitting in front of Howard (Martin McDougall, on fantastic form) is a naive young man named John (Sean Delaney) in an ill-fitting suit, who didn’t go to Harvard but who has the hunger. “Nobody can work harder than me,” he shouts during his interview. “I don’t need sleep. I don’t do lunchbreaks. I am an animal!”'

'There’s a great vroom vroom to this play, an energy that lifts it out of the ordinary. The director Anna Ledwich keeps mixing things up, skilfully interspersing the main story with more mythical elements, masked moments and dramatic movement. Jagged music discombobulates, people appear out of nowhere, some scenes are paranoiac, others full of fire-in-the-blood swagger.'

'All of the acting is good and the set, by Andrew D Edwards, is arresting. The stage is in the centre, with the audience on both sides. The floor changes throughout: from the American flag (Howard’s office) to blood-red transparent, etc. It’s ingenious, slick and perfect for this.'