Alligators: ★★★★ from The Stage 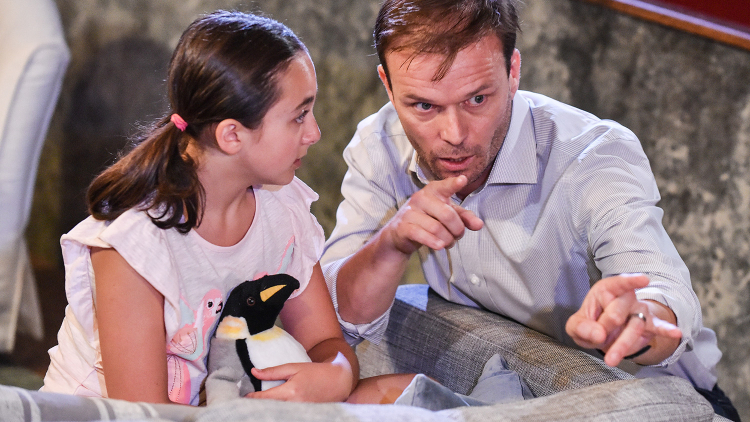 'Keatley's play is impressively mature, squeamishly embracing the problematic subject at hand. His characters feel utterly three-dimensional, his dialogue segues smoothly between unshowy chit-chat and impassioned speeches, and his spiralling narrative drips doubt into the audience's minds like a leaky tap. He astutely observes how one loose thread can unravel an entire life, elegantly working Daniel's nightmarish ordeal into a resonant Millerian metaphor about society.'

'Evans directs with unfussy briskness on Polly Sullivan's transverse, Ikea showroom set, and [Alec] Newman and [Susan] Stanley supply two superb central performances, he as a latter-day John Procter, slowly sliding from disbelief to dismay to despair, she as the increasingly uncertain passenger strapped in for the ride. It's in the play's tear-jerking final moments, when the enormity of events comes quietly crashing down on them both, that Keatley delivers his devastating knockout blow.'