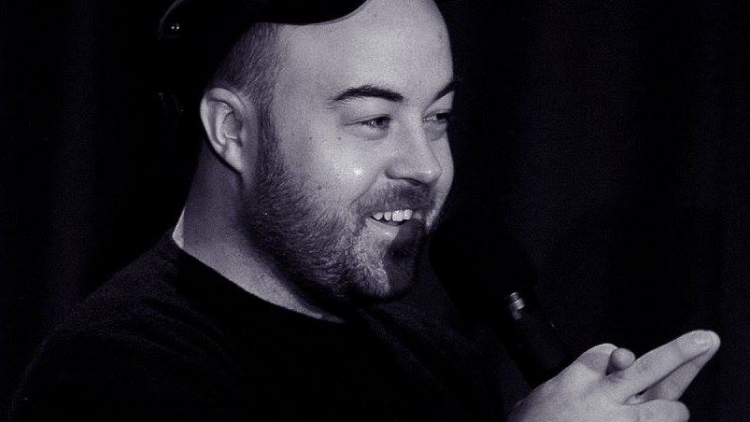 We challenge playwright Luke Barnes to answer our questions about life advice, London and his new play No One Will Tell Me How To Start A Revolution which plays Downstairs 21 September - 21 October.

Can you describe No One Will Tell Me How To Start A Revolution in 5 words or less?

What inspired you to write No One Will Tell Me How To Start A Revolution?

My mother taught in the same inner-city primary school in Liverpool for 40 years of life. The area was (and still is) extremely high in drug dependency and crime rates. The area I grew up in was a new-money middle class town in Liverpool just 15 minutes down the road - it’s occupied by a lot of business owners and sportsman and as a result has a working class culture to it despite the fact it’s wealthy. What I find interesting is the balance between these two things and the contradictions within it. As a liberal community where there are people who grew up in a working class community, have family that still live in them and identify as working class, there is a attitude of protectionism of the bubble many now live in and a distaste towards the working class - there is an overriding unspoken attitude of “my family are working class and I care about the interests of social mobility but I wouldn’t want to see them in Waitrose”. That was the start of this play for me. The contradictions of new money middle class identity.

"Nar it was after he fingered you behind the CDT block and Mr McMillan saw and gave you detention."

This is an absolutely massive honour for me. I’ve been a playwright for 5 years now and this is the first theatre in London to produce a play of mine. It’s fantastic to be a part of a heritage that includes some of the greatest writers in history: From Harold Pinter, Artol Fugard, Eugene Ionesco, Joe Orton and Mike Leigh to Shelaigh Stepheson, Debbie Tucker-Green, Enda Walsh and Dennis Kelly. It is an honour to contribute to the history of this building as we push forward with our investigation of what our society is and how our concept of what theatre is can help shape it.

Guards at The Taj - Rajiv Joseph

A Taste of Honey - Shelagh Delany

We Are Proud To Present… - Jackie Sibbles Drury

It Felt Empty When The Heart Went At First - Lucy Kirkwood

but if I could have written one play it would be…

This Beautiful Future at the Yard was beautiful. Really simple story made to echo on a bigger scale by beautifully clever artistic choices. I don’t want to ruin it but it’s a story set in world war 2 with older characters singing karoke around them. Asks thousands of questions without being direct about it.

Guards at the Taj at the Bush was the same. A really simple small story that illuminates our relationship to authority, the beauty of freedom and the obsession with what we cannot have.

My taste is always for clear simple stories that show us huge things. These two did that and, I hope this, my play will do the same.

I’d like to work in mental health like my dad probably. That’s being realistic. In a dream world I’d play centre mid for Liverpool.