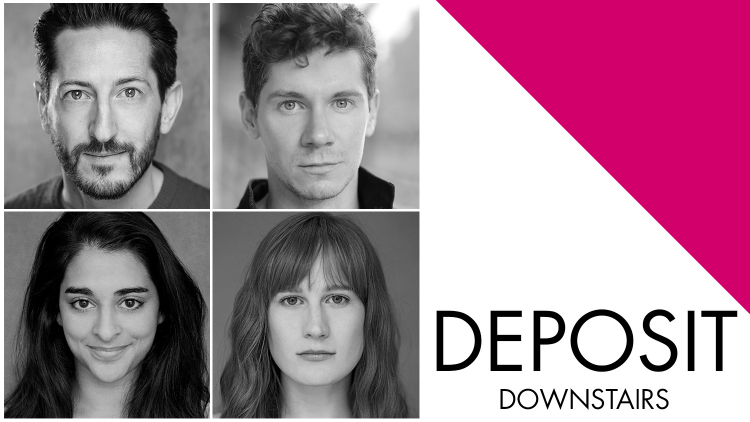 ‘Well today is a brave day, friends are uniting. To help each other’s dreams come true.’

Hampstead Theatre today announces the casting for Matt Hartley’s Deposit, a Hampstead Downstairs Original. Directed by Lisa Spirling, Deposit throws a lively and topical spotlight on ‘Generation Rent’ and the lengths they will go to in order to get that first step on the property ladder.

Rachel and Ben want to buy a flat in London. And so do their friends, Melanie and Sam. But what with rent, tax, student loans and bills, it’s impossible to save for a deposit.

So the foursome comes up with a fast-track solution to the problem: live together. Sneakily split the rent and bills on a tiny one bedroom flat for a year. But with paper thin walls and space growing sparser by the day, which will they sacrifice first – the friendship, the relationship or the dream of buying their own property?

Matt Hartley returns to Hampstead with a new version of Deposit following a sold out run Downstairs in 2015. His play Myth will open at the Royal Shakespeare Company at the same time. Matt’s first play Sixty Five Miles won a Bruntwood Award. His works are frequently performed in Europe and his play Burning Cars will receive its world premiere in Paris in 2018. His other theatre credits include Here I Belong (Pentabus Theatre) which will be remounted in Spring 2018, Horizon (National Theatre Connections), Microcosm (Soho Theatre), The Bee (Edinburgh Festival), Punch (Hampstead Theatre) Epic, Trolls and Life for Beginners (Theatre503).