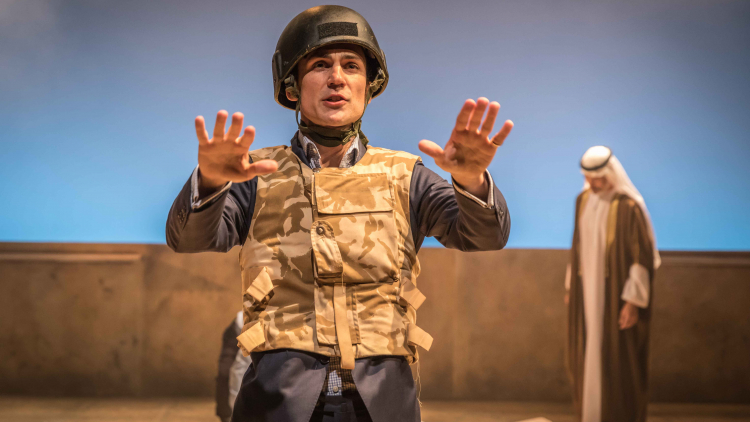 'A riveting, fascinating play' ★★★★ The Times
'A terrific central performance from Henry Lloyd-Hughes' ★★★★ The Independent

Stephen Brown’s new play, based on Rory Stewart’s critically acclaimed memoir Occupational Hazards, tells an extraordinary story about the moral conflicts, the dangers and the comic absurdities inherent in any foreign occupation.

Henry Lloyd-Hughes returns to Hampstead following Tiger Country in 2011. His other theatre credits include Posh (Royal Court/West End) and The Changeling (Young Vic). His television credits include Indian Summers, Parade’s End and The Inbetweeners.