OCCUPATIONAL HAZARDS: ★★★★ FROM THE TIMES 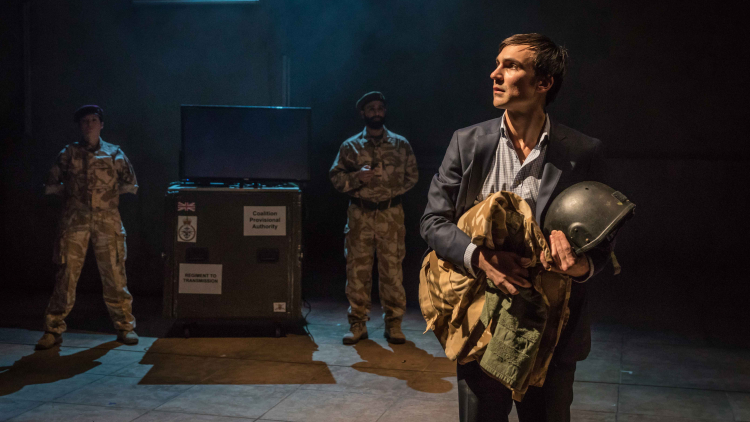 'You wouldn’t have thought being a governorate co-ordinator in Iraq could be so interesting, but this is a riveting, fascinating play'

'This entire story sounds more than a little preposterous from the get-go. It revolves round an unlikely character, a Scot named Rory Stewart, who, in so many ways, seems out of another, more romantic age. In his twenties he was a soldier and a diplomat before deciding to walk across Afghanistan. He returned home, to the Scottish Borders, to plant 400 trees.'

'“It is March 2003,” says Stewart, played by Henry Lloyd-Hughes with remarkable verisimilitude. “I watch the invasion of Iraq on TV. I’m not in the Foreign Office any more. But I send in my CV anyway.”'

'Unbelievable? Believe it. In 2006 Stewart, now an MP, wrote a memoir that inspired his old school friend Stephen Brown to write this play about Stewart’s time in Maysan, trying to quell chaos by (so British) forming a local council. It’s like a very sophisticated but deadly form of parish politics, the two local bigwigs being the charismatic “Prince of the Marshes” Karim (a regal Silas Carson) and an on-the-rise Shia cleric, Seyyed Hassan (Johndeep More).'

Even on a good day (and there aren’t many), it’s a hornet’s nest in a hurricane. It is all portrayed on a stark set of interlocking concrete walls, harsh and desert-like, by Paul Wills. Simon Godwin directs with a sure hand.'

'You wouldn’t have thought being a governorate co-ordinator could have been this interesting, but Lloyd-Hughes is riveting, embodying this sub-Lawrentian figure, a man of high ideals who is left having to grapple with the everyday reality of a land at war with itself and, also, with him. In Iraq the devil is in the detail, and this fascinating play gives us exactly that.'