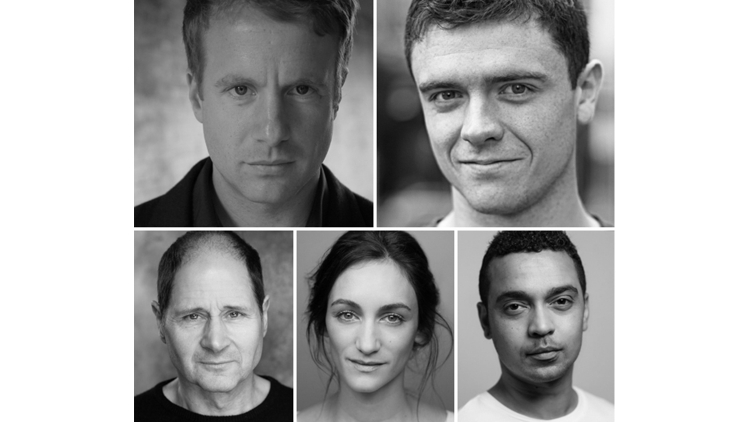 ‘Spies betray people. That’s what we do. It becomes a – a habit. Difficult to break – even when it’s not – not strictly necessary’

Hampstead Theatre presents Simon Gray’s deftly funny play Cell Mates which has been unperformed since 1995. Directed by Artistic Director Edward Hall, this absorbing drama, based on true events, explores how personal freedom is an illusion and even friendship must have carefully circumscribed limits in a world where deception is a reflex response. Geoffrey Streatfeild returns to Hampstead Theatre to play George Blake and will star opposite Emmet Byrne, who makes his London stage debut as Sean Bourke. They will be joined by Philip Bird, Cara Horgan and Danny Lee Wynter.

Philip Bird plays Sparrow/Stan. His recent theatre credits include Labyrinth (Hampstead Theatre), Sunny Afternoon (Harold Pinter/Hampstead Theatre), The Potsdam Quartet (Jermyn Street Theatre), Wild Oats (Bristol Old Vic) and The Cherry Orchard (Royal Lyceum). For The Globe he has appeared in The Merry Wives of Windsor, As You Like It, The Merchant of Venice, The Winter’s Tale and Troilus and Cressida. His film and television credits include Midsomer Murders, Emerald City, My Shakespeare, Silent Witness, Blesses, Imagine Me and You, In The Dark and Virtual Sexuality.

Simon Gray wrote more than 30 stage plays including Butley, Otherwise Engaged (which both received Evening Standard Award for Best Play), Japes, Michael, Japes Too, Missing Dates (premiered together at Hampstead in 2014 as In the Vale of Health), Close of Play, The Rear Column, Quartermaine’s Terms (winner of 8 Obie Awards), The Common Pursuit, Hidden Laughter, The Late Middle Classes (winner of the Barclay’s Best Play Award), The Old Masters and Little Nell. He is the author of many plays for television and radio, also films, including the 1987 adaptation of J L Carr’s A Month in the Country, and TV films including Running Late, After Pilkington (winner of the Prix Italia) and Emmy Award-winning Unnatural Pursuits. His acclaimed works of non-fiction are An Unnatural Pursuit, How’s That for Telling ’Em, Fat Lady?, Fat Chance, Enter a Fox, The Smoking Diaries, The Year of the Jouncer, The Last Cigarette and Coda. The dramatisation of his Diaries, The Last Cigarette, co-authored with Hugh Whitemore and directed by Richard Eyre, played in the West End in Spring/Summer 2009. In 1990 Simon Gray was awarded the BAFTA Writer’s Award. He was appointed CBE in the 2005 New Year’s Honours for his services to Drama and Literature. He died in 2008. For more information please visit www.simongray.org.uk