A CUP OF TEA WITH... ACCEPTANCE'S DEBBIE KORLEY 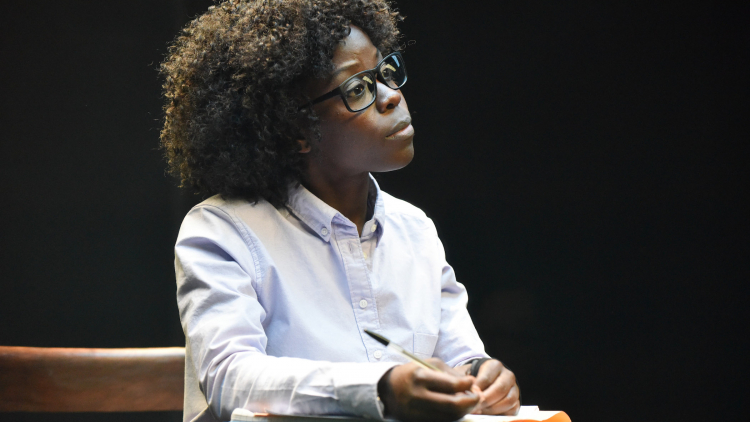 We chat to Debbie Korley about alternative career options, pre-show rituals and Yul Brenner. Debbie plays Mercy in Acceptance which is now playing Downstairs until 7 April.

Can you describe Acceptance in a nutshell?

A journey that is unpredictable at times and at the end leaves you reflecting on what took you there.

What attracted you to Acceptance?

It’s a very pertinent piece, based very much in the fabric of our time.

There are a few delicious lines that my character says. One of my faves is 'Americans are fighting back!'

Yes, lots of tongue twisters and a solid warm up!

As a child, I loved films, talent shows and going to the theatre - this was a massive influence.

My friend Max Lindsay directed Angry by Phillip Ridley at The Southwark Playhouse. I was really affected by the piece and very proud of Max’s talent!

Great question. Yul Brynner was the first to come to mind, no idea why!

Playing one of Angel Gabriel’s Angel helpers in the school Nativity play. It was a very proud moment.

I wanted to be an astronaut but I don’t have perfect vision. At uni I also toyed with journalism. However, I also teach drama and really love it.

There are so many! But one of my favourite places is the view of London towards St Paul’s Cathedral from Hungerford Bridge.

“You don’t know other people’s stories, always try to be kind.”