THE STRANGE DEATH OF JOHN... 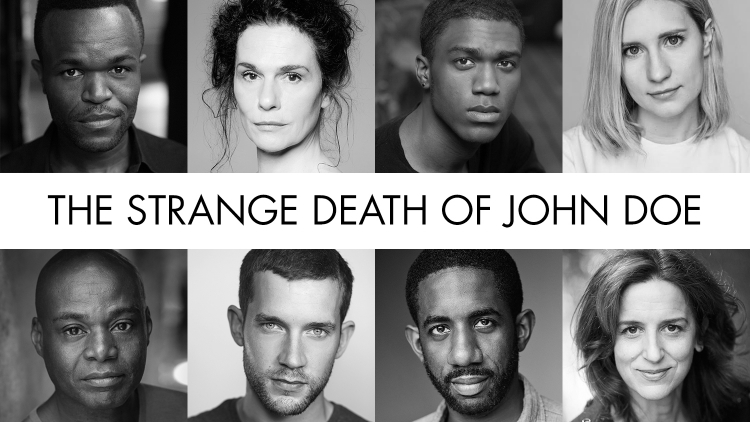 Rhashan Stone returns to Hampstead following The Intelligent Homosexual's Guide to Capitalism and Socialism with a Key to the Scriptures (2016).

London – the present day. The unidentified body of a young man with fatal head injuries is found face down in a suburban street. Who is he and where did he come from? He has no ID and nobody witnessed anything. It’s as if he has just fallen from the sky…

Clinically named as ‘John Doe’ by the pathologists working on the case, they must uncover the truth and piece his story – and body – back together. A breakthrough sends DC John Kavura into overdrive and as his investigation unravels, he uncovers a haunting story of our time. Fiona Doyle’s powerful and poignant new play, inspired by real events, is a Hampstead commission and finalist for the Susan Smith Blackburn Prize.

This production has been supported with a generous gift from Jocelyn Abbey and Tom Carney.