I AND YOU: FULL CAST ANNOUNCED 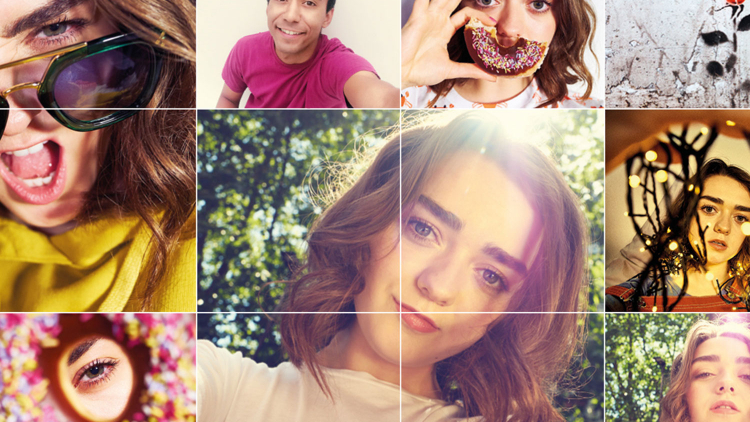 Zach Wyatt will star as Anthony alongside previously announced Maisie Williams as Caroline in the UK premiere of Lauren Gunderson’s I and You, which will be directed by Artistic Director Edward Hall on the Main Stage.

‘Did my mother set this up? She would totally do this – make something up just to make me feel involved. I have a life, ok: I text. A lot.’

Hampstead Theatre presents the UK premiere of Lauren Gunderson’s I and You, which was a finalist for the Susan Smith Blackburn Prize. Making their professional stage debuts, Game of Thrones star Maisie Williams will star as Caroline and recent Guildhall School of Music and Drama graduate Zach Wyatt will star as Anthony. Directed by Artistic Director Edward Hall, I and You is about friendship, adolescent innocence and living life to the full.

Housebound because of illness, Caroline hasn’t been to school in months. Confined to her room, she has only Instagram and Facebook for company. That is until classmate Anthony bursts in – uninvited and armed with waffle fries, a scruffy copy of Walt Whitman’s poetry and a school project due in the next day… Caroline is unimpressed all round.

Zach Wyatt graduated from the Guildhall School of Music and Drama in June 2018. I and You is his professional debut.

Lauren Gunderson is the most produced playwright in America of 2017/18, two-time winner of the Steinberg/ATCA New Play Award, the winner of the Lanford Wilson Award and the Otis Guernsey New Voices Award. She is also a finalist for the Susan Smith Blackburn Prize and John Gassner Award for Playwriting, and a recipient of the Mellon Foundation’s 3-Year Residency with Marin Theatre Company. She studied Southern Literature and Drama at Emory University, and Dramatic Writing at NYU’s Tisch School where she was a Reynolds Fellow in Social Entrepreneurship. Her work has been commissioned, produced and developed at companies across the US including South Coast Rep, The Kennedy Center, Oregon Shakespeare Festival, The O’Neill, The Denver Center, San Francisco Playhouse, Marin Theatre, Synchronicity, Berkeley Rep, Shotgun Players, TheatreWorks, Crowded Fire and more. She co-authored Miss Bennet: Christmas at Pemberley with Margot Melcon, which was one of the most produced plays in America in 2017. Her work is published at Playscripts (I and You; Exit Pursued By A Bear; The Taming and Toil And Trouble), Dramatists (The Revolutionists; The Book of Will; Silent Sky; Bauer and Miss Bennet) and Samuel French (Emilie). Her picture book Dr Wonderful: Blast Off to the Moon was released from Two Lions/Amazon in 2017.