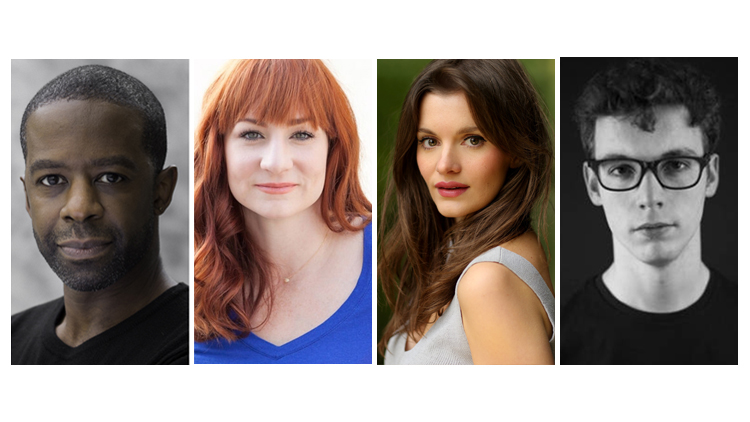 ‘Roads are dark and America’s long’

Winner of the 2018 Pulitzer Prize for Drama, Martyna Majok’s Cost of Living receives its highly anticipated UK Premiere at Hampstead Theatre – making it the 100th premiere since Edward Hall and Greg Ripley-Duggan took charge in 2010.

Martyna Majok’s exquisitely original, honest and deftly funny new play explores our need to connect and be loved regardless of the gulfs that disability, race, class, and wealth place between us. Adrian Lester will make his Hampstead Theatre debut in the role of Eddie, Katy Sullivan will make her UK stage debut as Ani, having originated the role in the award-winning off-Broadway production, and they are joined by Emily Barber in the role of Jess and Jack Hunter in the role of John.

John, a wealthy, brilliant, and successful PhD student with cerebral palsy, hires Jess, a recent graduate who has fallen on hard times, as his new carer. Across town, truck driver Eddie attempts to support and re-engage with his estranged wife, Ani, following a terrible accident that has left her quadriplegic. As four very different lives collide and entwine, roles are unapologetically flipped, reversed and exposed - who is actually caring for whom?

Jack Hunter plays John. Jack graduated from Queen Margaret University in 2017. Theatre work includes All You Need Is LSD (Birmingham Rep/UK tour); Let Me Play the Lion Too (Barbican Centre) and The Living Newspaper (The Arthur Conan Doyle). He has also performed Stand Up Comedy at The Stand Comedy Club, the Edinburgh Fringe and the Aberdeen Comedy Festival.

Adrian Lester plays Eddie. Adrian Lester OBE is an award-winning actor and director. His career started with a string of successful West End productions including Company, for which he received an Olivier Award, Six Degrees of Separation and Sweeny Todd, before taking the lead role in Mike Nichol's film Primary Colors. Other film roles include Day After Tomorrow, As You Like It, Loves Labour’s Lost, Grey Lady, Dust and Case 39.  Adrian is also well known for his TV work including the long running BBC1 series Hustle, Sky Atlantic’s Riviera, US sitcom Girlfriends, Undercover and Trauma. Directing credits include Hustle, Riviera and short film Of Mary. Adrian has played the title roles in Henry V and Othello (National Theatre), for which he won Best Actor at the Evening Standard Theatre Awards; Rosalind in As You Like It (Declan Donnellan & Cheek By Jowl); Ira Aldridge in Red Velvet (Tricycle Theatre / St Ann’s Warehouse New York / Garrick Theatre), for which he won Best Actor at the Critics Circle Awards; Hamlet in Peter Brook’s The Tragedy Of Hamlet (London, Paris, Japan and New York) and Guys & Dolls (Royal Albert Hall). Recent/current filming projects include the films Mary, Queen of Scots and Euphoria, Curfew for Sky TV, The Rook for Starz TV. Adrian is writing and preparing to direct his first feature film, Lottery Boy.

Katy Sullivan plays Ani. Katy received a BFA in acting from Webster University’s Conservatory in St Louis. She created the role of Ani in Cost of Living (Williamstown Theatre Festival Manhattan Theatre Club - Theatre World Award and nominations for Drama League, Outer Critics Circle and Lucille Lortel Awards). Other theatre work includes Hedda Gabler (Webster University); Lady Windermere’s Fan (Northlight Theatre, Chicago); Finish Line: A documentary play about the 2013 Boston Marathon (Boch Center Shubert Theatre, Boston); A Piece of My Heart (L.A. New Court Theatre) and The Long Red Road (Goodman Theatre). Film work includes the award-winning film, Walk On and T-11 Incomplete (2019). Television work includes My Name is Earl;Last Man Standing, Legit and NCIS: New Orleans. Katy is a four-time U.S. Champion in the 100m. She was among the first bilateral above the knee amputees to compete in the Paralympics in ambulatory track at the London 2012 Paralympic Games. She was a Sports Analyst for NBC’s 2016 Paralympic Games in Brazil.