YOUS TWO: ★★★★ FROM THE EVENING STANDARD 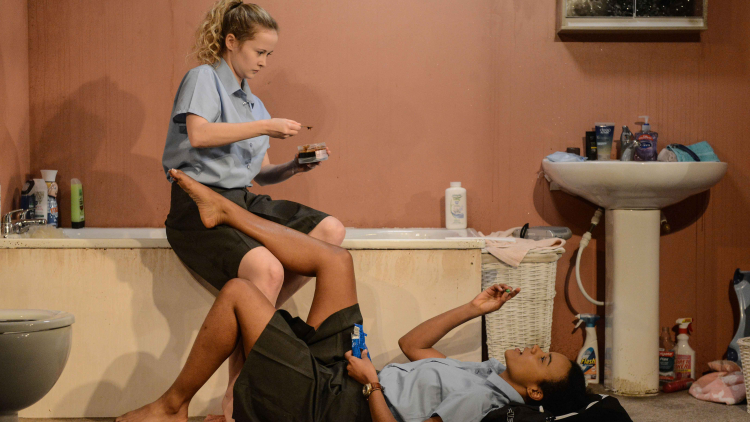 'Teenage dreams are hard to beat in savvy debut'

'The downstairs studio space at Hampstead Theatre has, since 2010, premiered fifty plays. Some of these have been by established figures, but mostly they’ve been the work of emerging writers, and a policy of only occasionally soliciting reviews has made it a supportive environment for trying out ideas or — according to a few naysayers — disappointingly unaccountable. Now, following a cut in the theatre’s Arts Council funding, that policy has been reversed.'

'Georgia Christou’s short play may not be a radical statement of intent, but it’s a savvy, observant and sometimes very funny look at teenage thrills and impulsiveness. Fifteen-year-old Billie lives in a modest flat with her amusingly feckless dad Jonny (Joseph Thompson), a single parent who works as a ticket tout while fantasising about getting compensation for a shoulder injury.'

'Their interactions have an affectionate awkwardness that’s quirkily authentic. All the action takes places in their bathroom, and from the start of Chelsea Walker’s tightly controlled production there’s a keen sense of the intimacies and frustrations of their cramped existence.'

'Billie’s best friend is Leah Harvey’s straight-talking Rachel, who marvels at her dreams of studying maths and earning a degree. Yet Billie’s academic ambitions meet an unexpected stumbling-block — the vain, streetwise and charming Fudge (Ali Barouti), a boy a year older than her who’s like an advertisement for the dangers of testosterone overload.'

'Christou has a great ear for the peculiar cadences of adolescent banter and sulkiness, as well as a fine awareness of the different ways in which both teenagers and adults can be needy. All the performers are engaging, with Shannon Tarbet especially good at catching Billie’s mix of determination and fragility.'