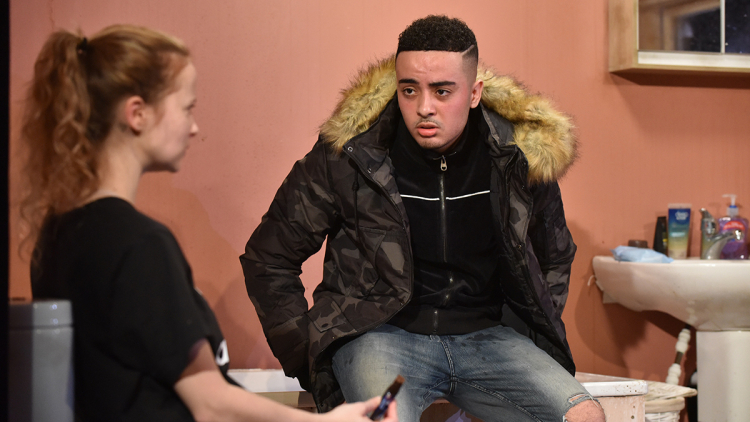 'an impressive and very funny debut'

'Georgia Christou’s debut play is fighting on two fronts. Hampstead Theatre’s downstairs space opened in 2010 but has only recently started inviting in critics. As artistic director Edward Hall explains in a forthright programme note, he hopes that the reviews can raise awareness and audience numbers following a 14% cut to the theatre’s Arts Council funding.'

'Christou’s play kicks off a trilogy of works by women.'

'It is a fantastic bit of writing. Christou deftly hits the peaks and troughs of a father-daughter relationship as it spins endlessly between laughter and argument.'

'Every scene takes place in a scuzzy bathroom, squeezed between a hallway and an alleyway. To start dad Jonny, a roguish Joseph Thompson, is naked in the bath and daughter Billie (Shannon Tarbet) needs a wee. Immediately we’re sucked into an intense, loving relationship, and the difficulties of being a young parent.'

'Tarbet is unruffled as Billie, her face giving nothing away, and that composure cleverly hides a great deal of turmoil – about her dead mother, her dad’s financial situation, her desire to move up the social scale.'

'Augmented by nuanced, careful direction from Chelsea Walker, it shows that drama doesn’t have to be melodramatic'