Cast announced for Describe the Night 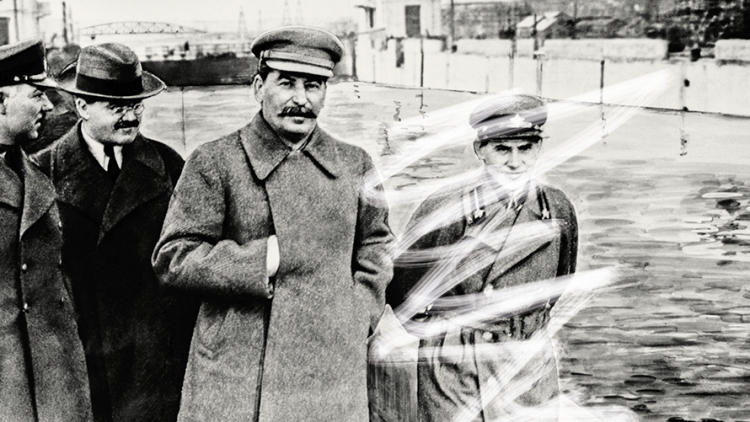 In 1920, the Russian writer Isaac Babel reports on a Red Cavalry campaign in Poland.  In 1936, Stalin’s NKVD chief Nicolai Yezhov unleashes the Great Purge. In 1989, a mysterious KGB agent spying on a woman in Dresden falls in love.  In 2010, an aircraft carrying most of the Polish government crashes near the Russian city of Smolensk…

Hampstead Theatre presents the UK premiere of Rajiv Joseph’s Describe the Night. Directed by Lisa Spirling, this darkly comic rhapsody on Russian themes explores the blurred lines between lies, fiction and conspiracy theories, as it tracks back and forth across 90 years of Soviet and post-Soviet history in search of the genesis of the post-truth world.

Wendy Kweh plays Mariya/Mrs Petronova. Her theatre credits include Julius Ceasar (The Bridge); Snow in Midsummer (RSC); The Sugar Coated Bullets of the Bourgeoisie (HighTide Festival); Boy (Almeida); You For Me For You (Royal Court); Image of an Unknown YoungWoman (Gate); Chimerica (West End); Moonwalking in Chinatown (Soho); The Oresteia (National Theatre). Her film credits include Her film and television credits include Hot Hot Hot; The Blue Mansion;Silent Witness; Apocalypse Slough; Eastenders; Holby City; Coronation Street; Casualty; Murder City; The Year of the Tiger; The Crooked Man; The Bill and Doctors.

Joel MacCormack plays Feliks. His theatre credits include The Oresteia (Shakespeare’s Globe - Ian Charleson Commendation); Measure For Measure (Shakespeare's Globe); Each His Own Wilderness (Orange Tree - UK Theatre Award For Best Performance In A Play 2015); Oppenheimer and The Shoemaker's Holiday (both RSC). His film and television credits include Ready Player One, Safe House and Wolf Hall.

Steve John Shepherd plays Vova. His theatre credits include Much Ado About Nothing (Shakespeare's Globe); Plastic (Theatre Royal, Bath); The Good Canary (Rose, Kingston); A View From Islington North (Out of Joint); Bomber's Moon (Trafalgar Studios/Park Theatre); Albion (Bush); Piaf (Donmar/Vaudeville); The Five Wives of Maurice Pinder and Sing Yer Heart Out for the Lads (both National Theatre); Original Sin (Sheffield Crucible); Twelfth Night (UK tour) and Dangerous Corner (West Yorkshire Playhouse/Garrick). His film credits include Entebbe; Romance; The Best Man; Too Much Too Young; Boudicca; Spy Hole; Star Wars Episode II; Now You See Her; Me Without You; From Hell; Greenwich Mean Time; Virtual Sexuality; RPM and I Want You. His television credits include Silent Witness; Waking the Dead; Lunch Monkeys (series 1 & 2); Taggart; Bringing Down the House; Being Human; Material Girl; Plus One; Cold Blood; Bad Mother’s Handbook; Bonkers; Dalziel and Pascoe; New Tricks; Last Chancers; Real Men; Spine Chillers; The Knock; Forgive and Forget; An Unsuitable Job for a Woman; Maisie Raine (series 1 & 2); This Life (series 1 & 2); The One That Got Away; Christmas and On Expenses.

Rajiv Joseph’s play Bengal Tiger at the Baghdad Zoo was a 2010 Pulitzer Prize finalist for Drama and also awarded a grant for Outstanding New American Play by the National Endowment for the Arts. His play Guards at the Taj was a 2016 Obie Winner for Best New American Play and 2016 Lucille Lortel Winner for Best Play. His play Archduke, received its World Premiere this spring at the Mark Taper Forum in Los Angeles.  Other plays include Gruesome Playground Injuries, The Monster at the Door, Animals Out of Paper, The Lake Effect, The North Pool, Guards at The Taj, Mr. Wolf, and Describe the Night. Rajiv has been awarded artistic grants from the Whiting Foundation, United States Artists and the Harold & Mimi Steinberg Charitable Trust. He is a board member of the Lark Play Development Center in New York City, where he develops all his plays. He served for three years in the Peace Corps in Senegal and now lives in Brooklyn, NY.