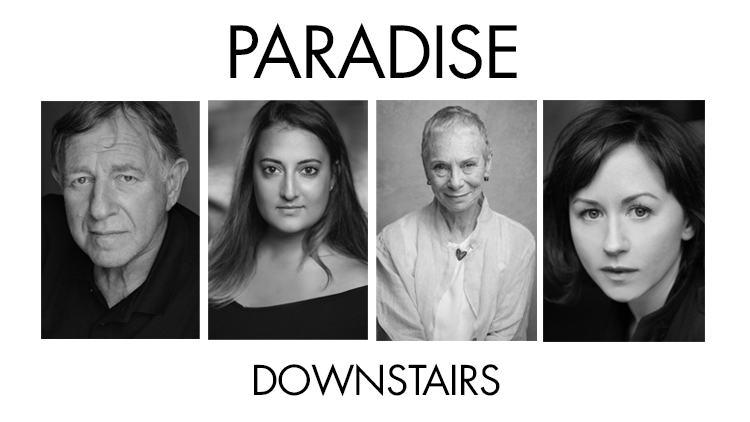 ‘Live every day like your last, and garden as if you’re going to live forever’

Elite Homes: offering the Platinum Package in luxury retirement living. Old friends Amanda Goose and Roddy Meakin are enjoying their twilight years on their own terms – outrageous pranks and clandestine gins in the garden, adult magazines at the dinner table and a healthy disregard for the other residents. All is idyllic – until, that is, new management is brought in to restore order…

Sara Kestelman plays Amanda. Her theatre credits include Filthy Business and The Intelligent Homosexual’s Guide to Capitalism and Socialism with a Key to the Scriptures (Hampstead Theatre); Cabaret (Donmar); Girls (UK Tour); 4000 Miles (Bath Theatre Royal); Torchsong Trilogy (Menier Chocolate Factory); Making Noise Quietly, Nine, Hamlet, Love for Love, As You Like It, The Double Dealer, The Threepenny Opera and The American Clock, Copenhagen (National Theatre); Macbeth, Custom of the Country (RSC); King Lear (RSC/Barbican); A Midsummer Night’s Dream (RSC/New York); Lettice & Lovage (Gielgud) and Fiddler on the Roof (Palladium). Her television and film credits include Zardoz; Lisztomania; Lady Jane; Anna Karenina; The Last Spark of Sundown; Rome; The Rivals of Sherlock Holmes; The Last Romantics and In the Flesh.

Dusty Hughes returns to Hampstead Theatre following Bad Language in 1983. He was Theatre Editor of Time Out and helped to establish that magazine’s theatre coverage as an alternative voice. He then joined the Bush Theatre as Artistic Director. In 1980 his first play "Commitments" won him the London Theatre Critics Most Promising Playwright Award. His subsequent plays have been seen at the National Theatre, The Royal Shakespeare Company in Stratford and London, The Royal Court, Hampstead Theatre, The Traverse Theatre, Edinburgh, The Bush, the Donmar and in the West End as well as in Europe and America. He has worked extensively in television. He was joint winner of the Writer’s Guild Award for Best Drama Series for Between The Lines and created The Brief for ITV as well as adapting Joseph Conrad’s The Secret Agent for BBC1. He has also written for many other series including Silent Witness and Lewis and most recently the BBC’s The Musketeers (2015).