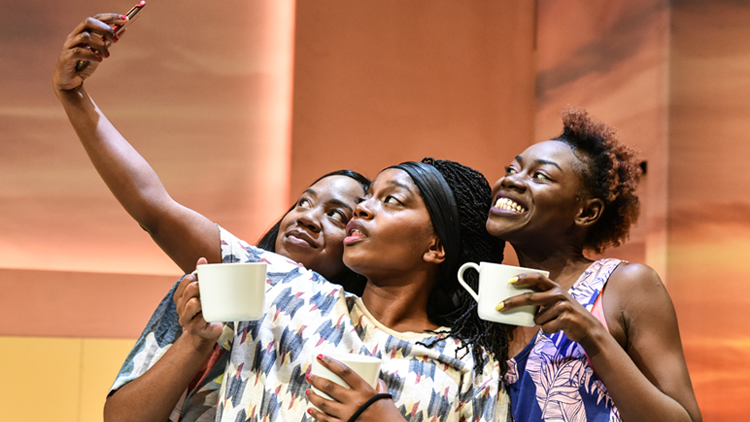 'The 90-minute piece, directed by Lakesha Arie-Angelo, is set in a hotel room, realistically designed by Anna Reid in modern, muted pastel shades with a bed in the middle and an en-suite bathroom in one corner. The costume includes a selection of silk headscarves, for bedtime. For all the talk of sex, it seems apt that it is set on a thrust stage.'

'Frederick’s ferociously funny writing is lit up by the performances of Marieme Diouf, Aretha Ayeh, and Nicola Maisie Taylor. Much of the humour is in their candour. Be it during an in-depth discussion about how much caucasian penis looks like raw chicken or when Diouf’s Bim announces that she masturbates as religiously as a buddhist monk meditates.'

'That they are all black women is part of what makes the play remarkable: it captures the essence of millennial sisterhood, free from tired trauma narratives.'

The Hoes runs Downstairs until 1 December.