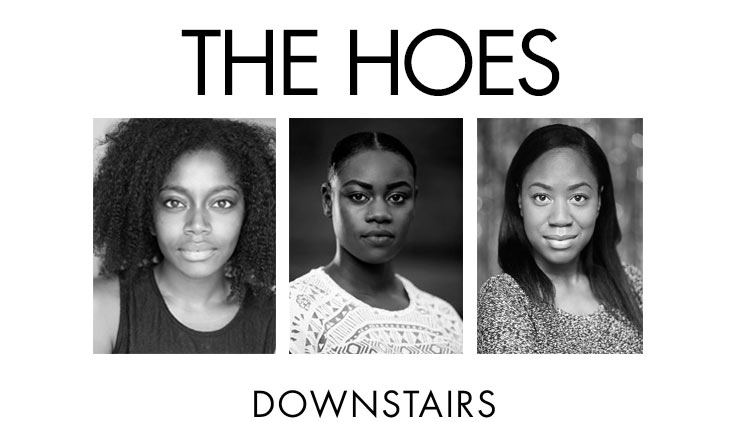 ‘Once you’re a woman doing as she pleases with her body, in someone’s eyes you qualify for hoe status’

Hampstead Theatre presents the world premiere of Ifeyinwa Frederick’s debut play The Hoes, a riotous celebration of sisterhood, showing that while life may throw up unexpected turbulence, friendships will last the course. The cast includes Aretha Ayeh,Marième Diouf and Nicola Maisie Taylor and will be directed by Lakesha Arie-Angelo.

Bim, Alex and J have been best friends since school. Loud, funny, inseparable – they are the epitome of girls who just want to have fun. But now they’re 25, life is starting to get in the way. Careers, relationships, expectations...What better way to escape than a trip to Ibiza for a week of sun, sea and selfies?

But there’s trouble in paradise when reality catches up with them, threatening to derail their holiday as they are forced to accept no amount of partying will let them escape themselves.

The Hoes is Ifeyinwa Frederick’s first full-length play and was long listed for the 2017 Verity Bargate Award and shortlisted for The Tony Craze Award and Character 7 Award. Ifeyinwa is a writer and entrepreneur, writing alongside her full-time job as co-founder of the world's first Nigerian tapas restaurant. Ifeyinwa began writing in 2016, joining Soho Theatre Writers’ Lab.

Under 30? Join The Downstairs Club, our free membership scheme which allows under 30s to access all Hampstead Priority Booking periods for free, allowing young people the change to purchase the more cost effective seats. Email thedownstairsclub@hampsteadtheatre.com with your full name and date of birth to register.