THE HUMANS: ★★★★ FROM THE EVENING STANDARD 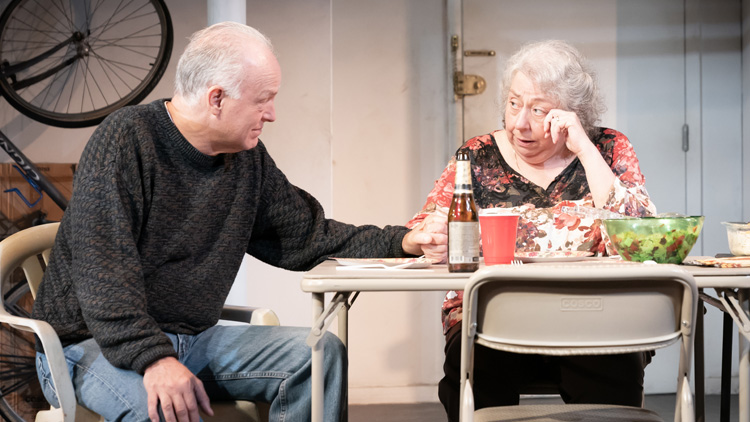 'The autumn term of theatre gets under way with a very classy American import. Stephen Karam’s family drama won the 2016 Tony Award for best play and, in something of a coup for Hampstead, this production boasts the entire six-strong New York cast, plus the director.'

'The greatest compliment I can pay The Humans is say — and this is by no means a given for any play — that it is overwhelmingly human.'

'Karam’s writing is fresh but has a convincingly lived-in quality, full of amicable, time-honed bickering and bantering as three generations of the just-about-managing Blake family come together to celebrate Thanksgiving. They’re in daughter Brigid’s (Sarah Steele) new basement apartment in Chinatown, a flat of strange clanks and rattles. Dad Erik (Reed Birney) hasn’t been sleeping and is fretful about money. “Don’t you think it should cost less to be alive?” he asks plaintively, while Brigid laments her precarious gig economy work as she tucks into a pricey superfood salad.'

'David Zinn’s split-level set enables all the action, which often unfolds simultaneously to be visible at all times, meaning that we get a sure sense of both the loving surface of this family and the anxieties that simmer underneath — anxieties that are convincingly specific yet appealingly universal.'

To read the full review click here to visit The Evening Standard online.