HOWARD BRENTON FOR THE TE...

HOWARD BRENTON FOR THE TELEGRAPH: 'THERE'S NOTHING OBSCURE ABOUT MY NEW JUDE' 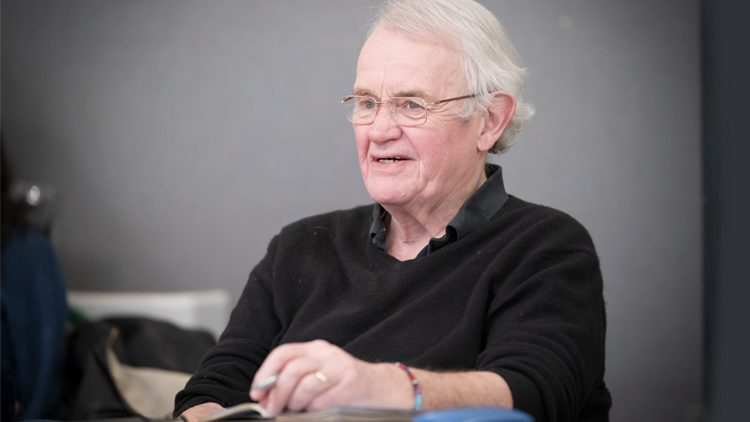 Howard Brenton: There's nothing obscure about my new Jude

A special commission for The Telegraph by Howard Brenton

Ten years ago, when working with the theatre director Howard Davies, we discovered a shared passion for Thomas Hardy’s Jude the Obscure. This 1895 work is tough to read but overwhelmingly human. It’s the great outsider novel.

Jude Fawley is not as loved a character as, say, Hardy’s innocent Tess of the D’Urbervilles, but he should be. His thwarted drive to learn, to change himself, is inspirational even though he is defeated. He is a self-taught working-class man, a stone mason, who is denied his heart’s desire – to study classics at Oxford University. He has an inner life beyond the comprehension of the people around him. If he’d been a good, sober churchgoer, dutiful to the sour aunt who took him in as an orphan, perhaps he’d have found a patron and got somewhere.

But he’s a rebel and will not behave properly. He drinks too much, he loves sex. His two great love affairs are disasters.

The first is with the uninhibited Arabella Donn. She comes across Jude reading in the fields and throws a pig’s penis at his head and he is lost! Later, she lies about being pregnant and entraps him into marriage. The second affair is with Sue Bridehead, his cousin. They live together openly and have three children out of wedlock (this was probably the last straw for the Bishop of Wakefield, who threw his copy of the book into the fire). Sue is a wonderfully complex character and the opposite of Arabella. She is psychologically fragile but with a strange energy.

Sue is also in torment about living with Jude. Near the end of the book, as the family sink into dire poverty, the eldest child – the eerily intelligent 10-year-old they’ve nicknamed “Old Father Time” – kills himself and the other children. He leaves a note which reads “because we are too meny”.

Jude the Obscure’s attack on the hypocrisy of late-Victorian attitudes towards class, education, the role of women and marriage caused outrage when it was published. “Jude the Obscene!” thundered the reviewer in the Morning Post.

Hardy never wrote another novel, but whether that was because of the reception is disputed. Perhaps in revenge against the literary establishment, he went on to reinvent himself as a great lyric poet. So why does Jude the Obscure appeal to us so much? I think it’s because truly tragic stories don’t in the end depress. They are bracing, you imagine their reverse – the outsider, Jude, triumphing.

Six years ago, Howard and I approached Sky TV about adapting the novel. It seemed to be on, then Sky became stingy about budgets and scratchy about our artistic approach, so we withdrew and the idea died.

But in the arts nothing is lost and Howard advised me to write it as a play. Our Jude, our Judith, would be a refugee, also with a burning desire to go to Oxford. Gradually, I began to research it, but just when we were getting around to arranging a brainstorming week, Howard fell seriously ill and – despite tremendous courage – he left us. I missed him terribly and for some time I found it impossible to do any more work on the play. But last summer, thanks to the encouragement of Edward Hall (Hampstead’s artistic director), it began to come alive again...

To read the full interview visit The Telegraph online here.

Jude runs on the Main Stage until 1 June