RAVENS: SPASSKY vs. FISCHER: ★★★★ FROM THE STAGE 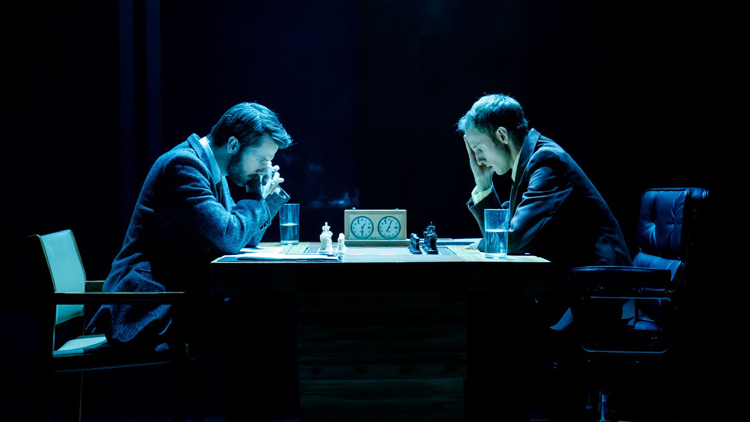 'Ravens: Spassky vs Fischer review at Hampstead Theatre, London – ‘an elegant study of pressure and paranoia’

'Ravens: Spassky vs Fischer is a taut and cerebral character study.'

'On the other side of the board, Ronan Raftery starts out calm and dignified as defending champion Boris Spassky, determined but ultimately unable to stay above the political quagmire.'

'Jamie Vartan’s set captures the period with a few impeccable design choices... A cluster of boxy grey TV sets keep score as the tournament wears on, the screens clouding with static to underline the palpably building tension.'