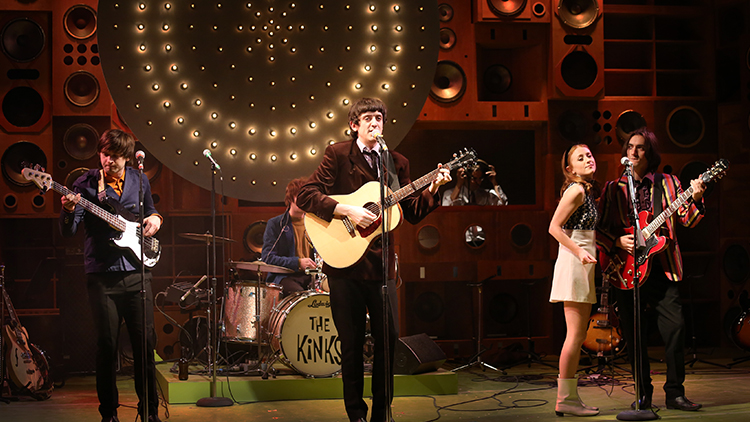 Following a sold-out run at Hampstead Theatre and a successful West End transfer, the multi-Olivier Award-winning hit Sunny Afternoon will return for its second UK tour in 2020, opening at the Manchester Opera House on Friday 7 August.

Sunny Afternoon tells the story of the early life of Ray Davies and the rise to stardom of The Kinks, who exploded on to the 60s music scene with a raw, energetic new sound that rocked a nation. Recipient of four Olivier Awards, including Best New Musical and Outstanding Achievement in Music for Ray Davies, Sunny Afternoon features some of The Kinks’ best-loved songs, including You Really Got Me, Waterloo Sunset, All Day and All of the Night and Lola.

Sunny Afternoon has music and lyrics by Ray Davies with a book by Joe Penhall and original story by Ray Davies. It is directed by Hampstead's former Artistic Director Edward Hall and designed by Miriam Buether.

Producer Sonia Friedman said today, “I’ve loved this musical from the moment Ray Davies, Joe Penhall, Ed Hall and I started to develop it several years ago and am incredibly excited and proud that we are bringing back our joyous and celebratory Olivier Award-winning Best New Musical. For those who missed it the first-time round, UK audiences will have the treat of experiencing it for the very first time or, if you’ve seen it before, you’ll be able to see it again and again! The Kinks helped shape a generation and Ray’s beautifully truthful lyrics and music are as exhilarating and relevant today as the day he wrote them. I’m so happy we will all get a chance to see Sunny Afternoon soon - I’ve missed it in my life.”

Ray Davies added, “In these times of political uncertainties, it is a relief to know that Sunny Afternoon is on the horizon to lift our spirits”.

Following a sell-out run at Hampstead Theatre, Sunny Afternoon opened to critical acclaim at the Harold Pinter Theatre in London’s West End in October 2014 where it ran for two years ahead of its critically-acclaimed, five-star tour of the UK and Ireland throughout 2016/17.

Tickets for this second UK tour are on sale from December 13. More information on how to book can be found here.