COST OF LIVING: ★★★★ FROM MAIL ON SUNDAY 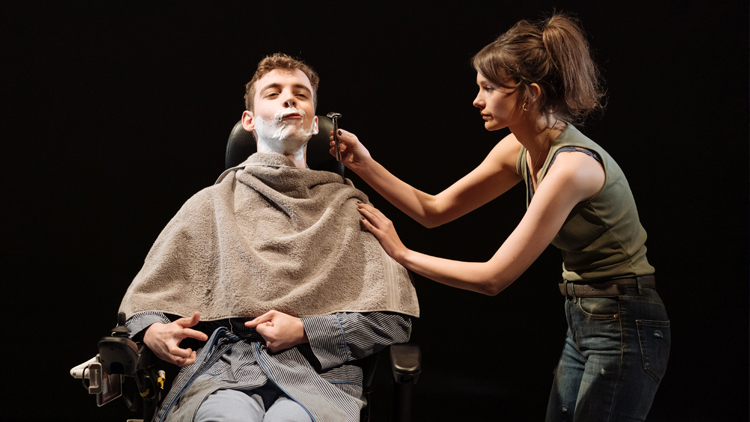 'Adrian Lester plays (superbly) a truck driver, Eddie, who supports his estranged wife, Ani, following a car smash that’s left her quadriplegic. In return, she gives him a constant ear-bashing. For him, that’s better than being lonely.'

'John, a rich, snobbish PhD student with cerebral palsy (played by Jack Hunter) takes on a new carer, the nervy Jess (Emily Barber), who’s on her uppers and living in her car. You soon realise that those doing the washing and towelling are the ones in deepest need.'

'Especially magical is the American actor and 2012 Paralympian Katy Sullivan as the fierce but vulnerable Ani. Highly recommended.'

To read the full review click here to visit the Mail online.